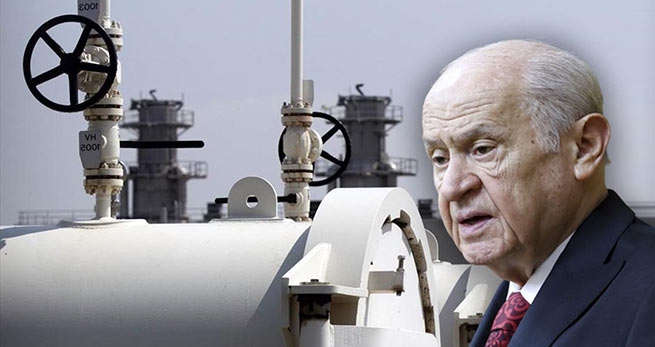 Political partner of Turkish President Tayyip Erdogan, leader of the Nationalist Movement Devlet Bahceli reminded Greece of the criminal refusal of the Greek governments from the South Stream and the Burgas-Alexandroupolis oil pipelines, ProNews.gr writes.

The authors of the publication state: “Along with the final blow to delignitization, chosen by the government of Mitsotakis (within the framework of the so-called “green projects”), we have reached the point that D. Bahceli is mocking and threatening us! And we are talking about a crime, since the choice of TAP over South Stream, a gas pipeline that not only runs through Turkey, but has only 15% of the capacity of South Stream, dooms Greece from a leader in development to the mercy of the Turkish choice.

The gas pipeline and parallel oil pipeline, as the projects chosen by Kostas Karamanlis, protected Evros and cut off Greece from the threat of energy shortages, but the following governments (G. Papandreou, Papademos and Samaras) treacherously doomed Greece to dependence on Turkey, agreeing to a TAP branch passing through Turkey . And it cannot be said that they did not know, but the same is now being said about the six executed in Gudi, and they also said when the catastrophe occurred in Asia Minor …

According to Hurriyet, Bahceli also said that “the hydrocarbon agreement that Turkey signed with Libya is historic and has greatly disturbed Western countries.” He also stated that “Turkey is the safest corridor for transporting rich gas and oil resources from the Middle East, the Eastern Mediterranean and the Caucasus to Europe. The TANAP pipeline reaches Europe from the Caspian region, on the other side the Turkish Stream, which leaves Russia and passes through Turkey, has become the safest line of rendezvous with Europe,” he said.

It is worth adding to the above that after this statement, the story of the assassination attempt on Kostas Karamanlis, when he was Prime Minister of Greece, began to play in a new light.