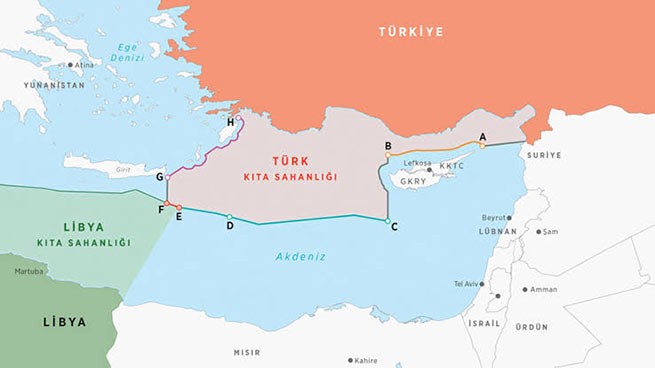 Turkish Foreign Minister M. Cavusoglu yesterday made new belligerent and extremely insulting statements for Greece, saying that “Turkey will carry out exploration and drilling, even if the whole world opposes us.”

In other words, he announced that Turkey will drill in accordance with the Turkish-Libyan memorandum and, therefore, will do so within Greek continental shelf south of Cretewhich she considers part of the Libyan EEZ.

He again disparaged Greece, calling it “pathetic” and “poor”, and said that … “it is not comfortable for him when Turkey is a global player.” “He who sits on a horse without preparation falls quickly. There is no need to repeat that the United States is behind us, and behind them – EU. Before you is a strong Turkey, – he said, – in [недавней] history, a Turkish soldier threw you into the sea, and because you could not receive us, you are everywhere hostile to the Turks.

Cavusoglu questioned why the EU, Greece and Egypt are worried about the Turkish-Libyan deal, saying that Turkey is the most important factor for Libya and has only one goal – its stability. “Greece is a pitiful sight. In such a pitiful situation, they go to other countries where they cry and beg,” he said.

A map showing the Turkish and Libyan “exclusive economic zones”. It is noteworthy that within the “Turkish” territory there are several Greek islands, as well as part of the EEZ of Cyprus.

At the beginning of October 2022, Turkey and Libya (on behalf of the internationally recognized House of Representatives, headed by Abdullah Abdurrahman at-Thani and commander in chief Libyan National Army general Caliph Haftar) signed an agreement under which Turkey, in exchange for military assistance to the quasi-state, will give them the maritime territory, which the parties agreed upon without agreement with neighboring countries, primarily with Greece and Italy. 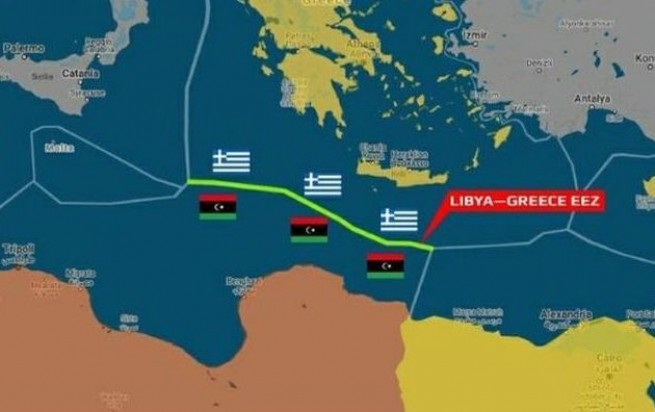 Line of demarcation between Libya (House of Representatives) and Greece.

It is worth noting that Greece and Libya, represented by the House of Representatives, the government of Libya recognized by the international community, back in 2020 demarcated the EEZin which the interests of the parties were taken into account. Turkey did not recognize this treaty. As well as the Libyan House of Representatives did not recognize the recent agreement with Turkey. However, apparently, Turkey does not give a damn about this, they have staked out a too “fat” section for themselves. According to preliminary information, there are huge reserves of hydrocarbons in the Libyan EEZ.