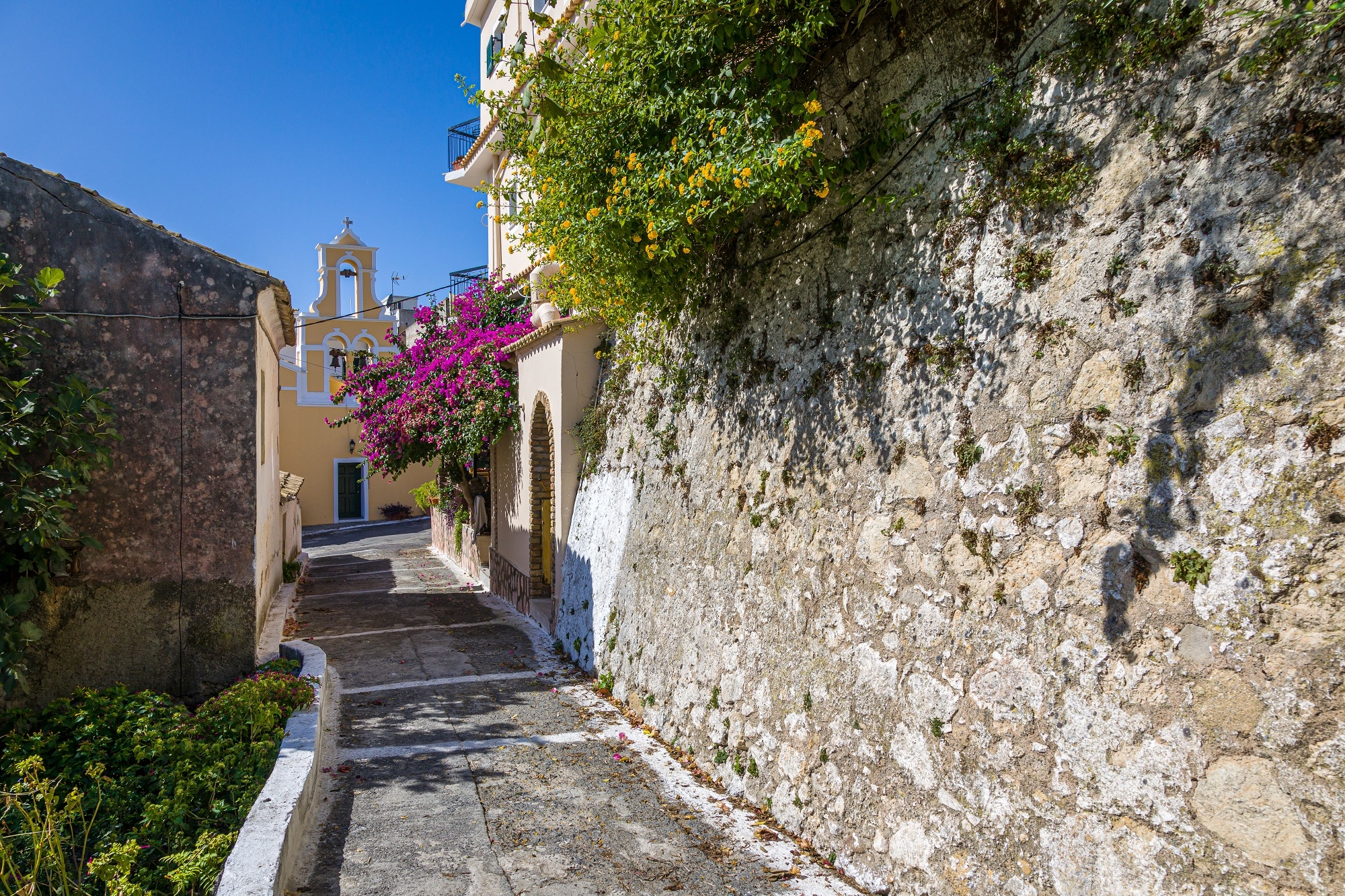 The village of Pelekas is “sandwiched” by green hills covered with olive trees, and is located at an altitude of about 220 meters above sea level.

The landscape resembles a painting by the artist who created it, inspired by the beauties, myths and stories told by the locals. The place is known for its spectacular sunset, small winding streets, lovely houses and very hospitable people.

Foreigners who were delighted with visiting Pelekas will tell you about the “breadth of the soul” of the villagers. According to them, they very quickly felt “well-known and almost like relatives”, they were so well received by the local population.

The village squares are lined with small traditional cafes and taverns serving local dishes that are very reminiscent of homemade food.

The atmosphere that prevails in Pelekas is extremely far from the bustling and cosmopolitan Greek cities and towns. Here, time seems to stop and envelop you.

Thus, Yiannis Basiukas (Γιάννης Μπασιούκας), who came to Pelekas about 30 years ago, succumbed to his charm and has been permanently residing here to this day. “I was a diver and I fished for sea sponges in another part of Greece. And he came to Corfu to see his brother, who had previously moved here. However, after seeing all this beauty, I was fascinated and decided to stay here,” he says.

The magical terracotta village is also famous for the fact that during the summer the temperatures are so low at night that you will definitely need a jacket. And in winter, on the contrary, it is perfectly protected from piercing winds by the surrounding hills.

Mr. Yiannis opened a small tavern in the village – for 5 tables. But his large clientele is patiently waiting for a place to be vacated so that they can enjoy traditional dishes. The only thing that upsets Giannis a little is the separation from the sea, which he usually does not have time to visit (despite being only five kilometers away). “The work requires a lot of effort, you spin all day, from dawn to dusk. The day goes by and you don’t even notice it,” he says in an interview with APE-MPE.

A local resident of Stavrula serves coffee to visitors and gives advice to tourists on what to see in the area. She will certainly invite you to visit the Church of Saints Nikolaos and Antonios, which is located on the upper square of the village and has been standing there since 1504.

And Telis Martinis, also a permanent resident of the village, will certainly note that “it is worth seeing the old mansions of Pelekas”, which, according to him, “maybe today are locked, but they are buildings of incomparable beauty”.