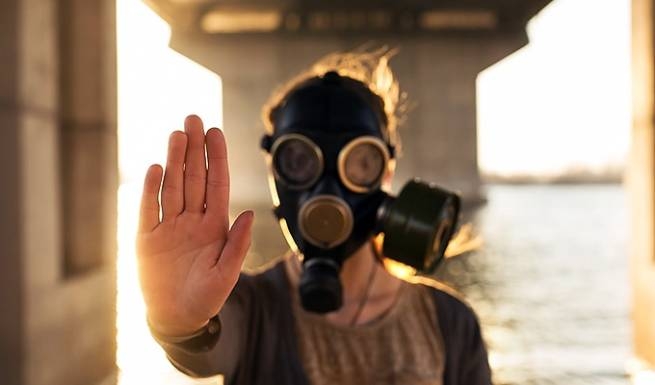 The toxic behavior of others is not karma, no one has the right to play with your feelings, hurt and force you to endure it. Everything is in your hands, just learn to say: “Enough!”.

Toxic environment – is there a way out

Life is short, so be aware of toxic “characters” and try to stay away from them. Among the various types of behavior, consider the TOP-6. Although the “carriers” of such “manners” themselves are convinced that you should not only take their toxicity for granted, but also must endure it.

Alas, the world consists not only of pleasant people. In addition, it is naive to expect that a toxic person will understand what causes you suffering and pain, and somehow magically change. Your first task is to make it clear that he must respect you and your boundaries. Can’t or won’t? Goodbye! However, it should be noted that getting rid of such a person is not easy. And if, for example, it is a colleague, boss or relative? Where will you go from it?

But the toxic behavior of other people – day after day and year after year – ruins our lives. And it is especially unbearable when it is impossible to leave or ignore. What to do? Well, certainly not to endure in silence! You have to be able to firmly say “No”. Let’s look at six types of toxic behavior that you should never tolerate from anyone.

Constant indications of your weaknesses

Surely you have had to argue with a person who, being wrong, instead of admitting his mistakes, begins to point out your shortcomings and mistakes – both in the past and in the present. Its goal is to weaken your state with the help of insults and humiliation, to unbalance it. Do not hesitate – the stream of venomous criticism should be stopped immediately, and the change in the topic of the dispute should be ignored. Say firmly that you stick to your words and are not going to endure the disgusting behavior of your opponent.

How easy it is to hurt a person under the guise of a “joke”. Smiling sweetly, the interlocutor says insulting words and then pretends to be surprised: “Don’t you understand humor?” Hiding behind sarcasm, he humiliates you without worrying about the reaction. Seeing that the next attack hit quite painfully, he innocently assures that his words are just a joke, and you should think about excessive vulnerability and resentment.

But you must admit, the joke is designed to cause a smile, not pain. Therefore, do not be too ceremonious with the offender: say that you have had enough, and you will no longer tolerate such treatment. Do not allow yourself to be laughed at: this is not sarcasm, but evil words designed to hurt you.

When someone tries to establish themselves at your expense, remember – you should not take care of someone else’s comfort and joy day after day, sing laudatory odes for their greater self-confidence. Their self-esteem is their area of ​​responsibility, and you have absolutely nothing to do with it. Just not to be confused with the support that a person needs in order to move forward, to achieve some goal, to overcome the difficulties that have arisen – this is another thing. But when someone literally forces you to constantly praise him or “wipe your tears”, this is an obvious overkill. Let them be approved not at your expense, but at their own …

Unfortunate “victims” and their usual tactics

Some people are able to arrange some kind of drama and expose themselves as a victim of it. At the same time, they manipulate skillfully and subtly. They provoke a quarrel or scandal, and then appear as an offended, misunderstood, and, of course, an innocent victim. Despite the lack of evidence or evidence, they accuse others of immorality and other “sins”, demanding pity for themselves, the unfortunate, and a lengthy apology.

Psychologists say that the role of the victim is a common tactic that toxic people use to remove responsibility for any of their own actions or words. At the same time, they are as convincing as possible and inspire confidence in many. The worst thing is that often we begin to believe them! We are convinced that we ourselves hurt them, and not vice versa! Don’t fall into that trap…

There are no losers and winners in life

Each person on his life path has his own speed, his own goals and ways to achieve them. And that’s okay, because it’s not a competition. Someone succeeds in everything successfully and quickly, while others are more sluggish, but strive at all costs to catch up and overtake their neighbor, violently rejoicing at his failures. And not just to overtake, but to brag about their smallest victories, desiring universal recognition, without which their happiness will not be so complete. It is advisable to distance yourself from such envious and malevolent people who rejoice at your failures on the way to the goal and wish you certainly not good – you are not on the way with them.

Have you ever wondered why a long-disappeared friend suddenly called in the middle of the night? Or did a relative show up who a month ago forgot to wish your daughter a happy birthday, and today knocked on your door and behaved as if you broke up just yesterday? Unfortunately, some people may remember you only when they need help or material support.

If you act as an “alternate airfield” for them, as a convenient sponsor or source of energy, needless to say, they will disappear again quickly and for a long time after getting what they want. It is sometimes difficult to understand and accept, but they do not need you. Using you from time to time and disappearing again – do you deserve such an attitude?

Toxic methods tend to be passive-aggressive. At the same time, aggression is quite difficult to track, it is sophisticated and invisible at first glance. Look for any of the following signs in people around you:

In order to get rid of the toxic effects of such people, you just need to set your own boundaries after understanding – what kind of attitude you deserve, because everyone has their own criteria. And remember: if you do not allow them to be disrespectful, humiliate and insult, hurt, they will not dare. So everything is in your hands: learn to say “Enough!”.