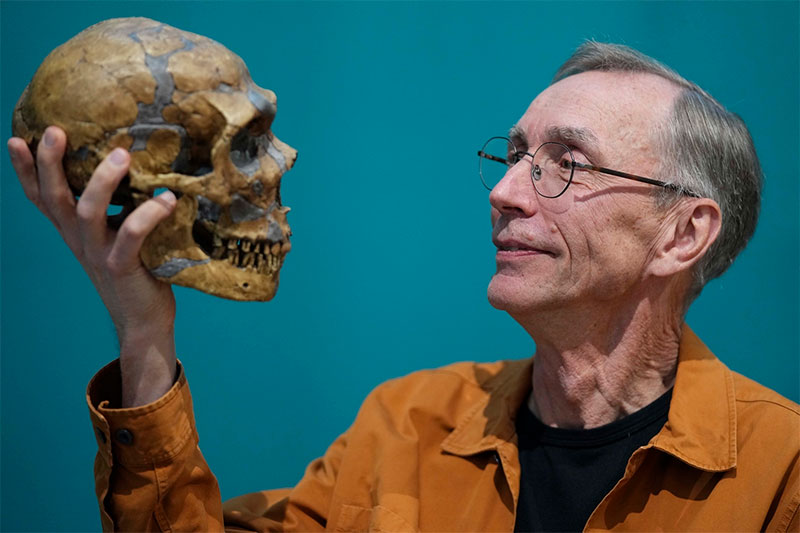 What did a resident of the metropolitan area of ​​Atitika look like in the Mesolithic era, 11,000 years ago? What can the analysis of his DNA tell us about the way of life, the movements of the population in those times and their relationship with the modern inhabitants of Greece?

These and other “difficult” questions will soon be answered by researchers from the Ancient DNA Laboratory of the Institute of Molecular Biology and Biotechnology of the Hellas Research and Technology Foundation (FORTH) in Crete.

The dynamic development in recent years of archeogenomics or paleogenomics, or, more simply, the science of the study of ancient DNA, has become evident since this year’s Nobel Prize in Medicine was awarded to paleogeneticist Svante Paabo. The Swedish scientist was awarded for his many years of outstanding research work. He was one of the pioneers in the new scientific field, publishing an article in 1985 in the scientific journal Nature on a very small DNA sample from human mummies from Egypt, which are about 2,500 years old. But what is the significance of the study of paleogenomics?

“In the fields of life sciences, medicine and biology, we have to think evolutionarily. If we know how something came to be, how and if it changed, then it is easier for us to understand how it works. Reading and studying the genetic material of extinct organisms opens a window into the past that helps us in the present and the future,” says K. Nikos Poulakakis, professor at the Department of Biology at the University of Crete, director of the Natural History Museum and head of the Ancient DNA Laboratory.

“Paabo was able to read the Neanderthal genome and compare it with the genome of modern humans. He showed us how two species, modern humans (Homo sapiens) and Neanderthals, could breed with each other. You could say that in each of us there is a little Neanderthal. Perhaps this explains modern human pathologies.A study published in the journal Nature confirms that Eurasian populations may be more susceptible to diseases such as COVID-19 due to certain genetic elements in the respiratory system inherited from Neanderthals, “explains Poulakakis . “If we look at what the DNA of the inhabitants of a particular region looks like today and how it looked several thousand years ago, we can draw valuable conclusions about population movements, the influence of the environment and its evolution over the centuries, the relationship between different regions, etc. .”. We can see specific characteristics of populations, such as those of Crete, which have been subjected to numerous interactions. We can see the evolution of various elements of medical interest, such as their immune system,” adds the head of the Ancient DNA Laboratory.

The laboratory studies finds from Greece from the Mesolithic, Neolithic and historical periods. “All inhabitants hailed from the wider region of the Middle East, where human civilization is believed to have begun. By studying our region, we will be able to gradually decipher the history of modern humans and contribute to a common knowledge to understand the distribution, diversification and evolution of the species in Europe” , says Mr. Poulakakis.

The laboratory faces a special challenge in the coming period. “We have received and will continue to study a sample of Mesolithic human DNA, 11,000 years ago, from somewhere in Attica. This will be the first time that a sample of such ancient Mesolithic DNA will be studied in the Balkans. This period is key, because, in our opinion , it is associated with the transition from human forager to hunter-gatherer and farmer. It will also shed light on how the migration process developed,” emphasizes the professor at the University of Crete. The Ancient DNA Laboratory also has several samples from the Neolithic period (7,000 – 8,000 years ago) from Crete, Peloponnese, Macedonia, etc. “These samples come from excavations and are stored in archaeological colleges (ephorates), and we receive them according to cooperation protocols. Until recently, they went abroad, and it’s good that they went, where a lot of work was carried out with the participation of Greek scientists. But now we we can do it in Greece,” emphasizes Mr. Poulakakis. This is facilitated by the high level of the laboratory. According to the employees, this is a modern laboratory, very well equipped, where all cleanliness conditions are provided to exclude any case of contamination of the valuable material under study. At the same time, scientific and research potential is at the forefront.

Pygmy hippos from Cyprus
The ability to analyze ancient DNA has also been achieved, thanks to the rapid development of technology in the past two decades. The very new leads to the very old. “Thanks to new technologies, we can read genomes very quickly, at a relatively low cost, and from samples containing little DNA. Today we work with even a single DNA molecule, in the past it would have taken thousands of molecules,” Poulakakis explains. The Ancient DNA Laboratory in Crete is also developing research on animals that lived in the area thousands of years ago. Common or pygmy elephants, pygmy hippos, giant deer are some of the species that are or will be studied. The laboratory staff has already made a scientific publication about the Cypriot pygmy hippopotamus, which lived in the Pleistocene period. There is also an idea to analyze a stuffed lynx that is in the Zoological Museum of Athens in order to study the presence of this species in Greece.