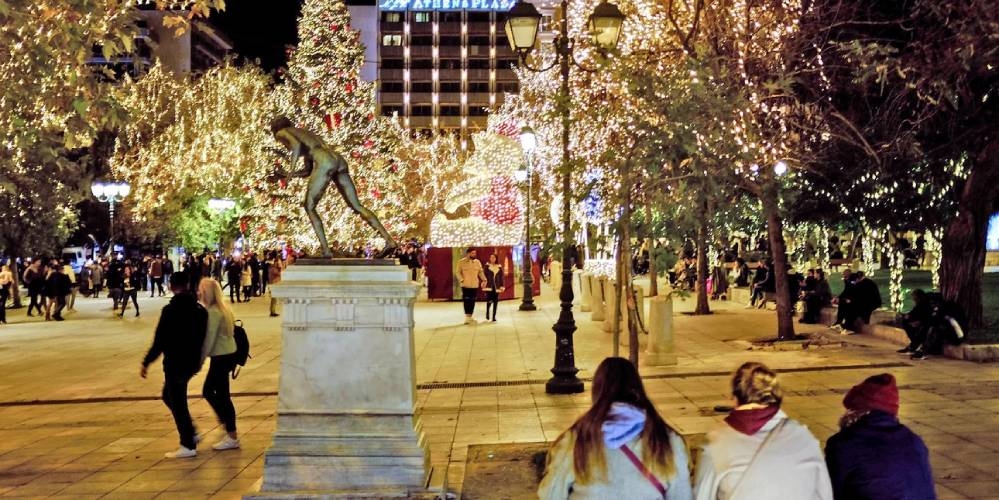 More and more European capitals are turning off central places and attractions for several hours due to the energy crisis. One of them is Athens, where, for example, evening illumination of the facade of the parliament is a thing of the past. But what will happen to the Christmas lights for the coming Christmas?

According to the information, the festive decoration of Athens this year will not change much compared to 2021, since the metropolitan municipality still replaced light bulbs in all existing garlands, etc. with LED, with low energy consumption.

In fact, as noted by a competent source in the municipal authorities, “by replacing lamps with LEDs, we achieve energy savings of about 60%.” That’s why Athens this year will be as we are used to. Decorated from end to end“.

Therefore, at least for now, there can be no question of reducing (reducing) lighting. However, we recall that the Ministries of Finance and Internal Affairs last month made recommendations to the country’s municipalities to reduce Christmas lighting and public buildings where they are not needed.

Testing the operation of lighting systems and illumination garlands has already begun. The decoration of Athens will start quite early this year. Recall that in 2021, the Christmas tree on Syntagma Square was installed and “lit” on November 23.

Last year, Syntagma Square, the Greek Parliament, as well as the surrounding streets and buildings were lit with 350,000 lanterns (a line with a total length of 29.5 km), while the atmosphere was festive also in the blocks where complex illuminated structures were installed (at least than in 35 districts from Neos Kosmos and Pagrati to Gudi, Kolonos and Botanikos).

As for the Christmas tree that will be installed on Syntagma Square this year, it looks like it will be naturallike last year, with 60,000 multi-colored light bulbs in a garland with a total length of 5 kilometers.

“Athenian News” has previously talked about how in past years Christmas was held in Athens.