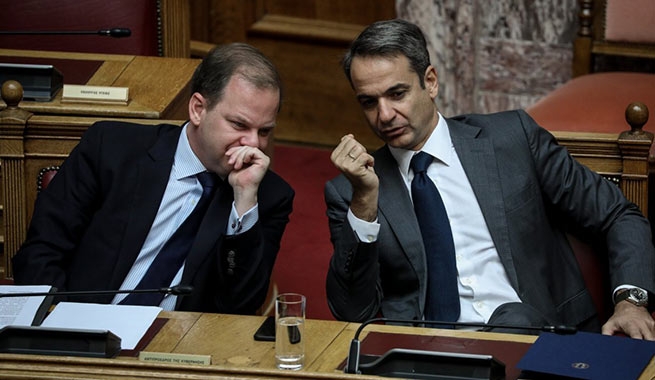 SYRIZA-Progressive Alliance Head of Infrastructure and Transportation Nikos Pappas made a scandalous statement exposing the contracts OASA for renting buses through leasing.

He stressed in his statement: “Mitsotakis-Karamanlis rented used buses for 120,000 euros instead of buying new ones for 200,000.

With buses, in addition to their overcrowding, lawlessness and unconstitutionality, we also have a big “guzzle”.

Today, Democracy newspaper reports that Mitsotakis and Karamanlis have rented used buses with malfunctions and between half a million and a million kilometers for urban transportation. And they rented them for 120,000 euros each for three years. When a new bus costs 200,000 euros.

The Mitsotakis government must give an explanation, it is responsible to the voters.”