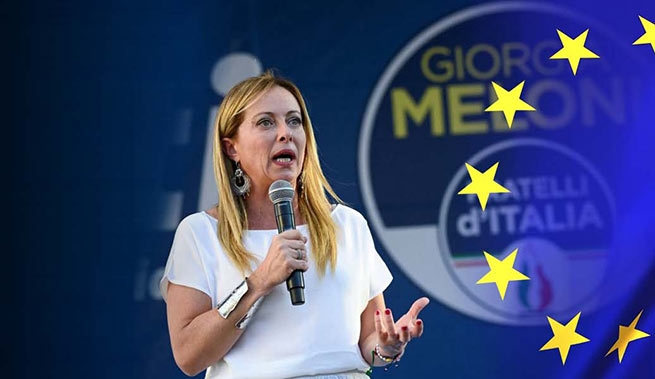 The Italo-French conflict was created after the “worked out”, as political observers in Rome note, France’s attempts to interfere in the internal affairs of Italy and the role of “observer” in Rome, which was assigned to the French Minister for European Affairs Laurence Boone.

The question of Italy’s withdrawal from EU gaining new momentum. The French minister, in an interview with the newspaper La Republica, apparently considering Italy to be something like the French colonies of the 19th century, said: “We want to cooperate with Rome, but we will be very attentive to the observance of values ​​​​and the rule of law,” referring to the election of the ruling right-wing bloc. (“Brothers of Italy”, “League of the North” and “Forca Italy”).

Italy’s next prime minister, Giorgia Meloni, responded via Facebook: “I hope, as is often the case, that the leftist press has misinterpreted factual statements made by members of foreign governments. And I trust that the French government will immediately refute these words, which constitute an unacceptable threat.” intervention in the affairs of a sovereign country that is a member of the European Union. The era of governments led by the Democratic Party seeking protection abroad is over. I think this is clear to everyone – both in Italy and in Europe.”

Recall that a week ago, French Prime Minister Elisabeth Born also said that “her country will closely monitor the observance of human rights, including the right to abortion, after the victory of Georgia Meloni in the general elections in Italy.”

They obviously think that Italy is a colony of Brussels, but they are very wrong: the Italian government, which will be formed in a few days, already intends to put before the people of the country the question of Italy’s withdrawal from the eurozone and from the EU itself, according to reports from Rome, if Berlin’s policy of wanting EU member states to bear the brunt of the energy catastrophe while developing autonomous energy policies themselves will continue.

According to polls, 45% of Italians want Italy to leave the EU and only 33% want it to stay. In the next three years, development will be very fast…