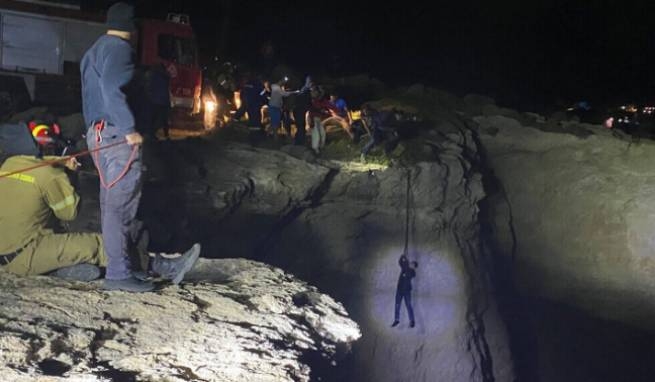 Two boats with migrants sank near the Greek islands of Mytilene and Cythera (Kythira). At least 16 young women died on the night of Wednesday to Thursday 6 October.

As writes “European Truth” citing the Greek publication Kathimerini, the ship allegedly sailed late last night from the Ayasmat area near Ayvali under extremely adverse weather conditions. In the sea strait between Mitylene and the coast of Asia Minor, a wind of force seven Beaufort was blowing, which continues to this day, at times its gusts reached 8-9 points.

There were 40 people in the boat that sank near Lesvos: 15 of them died, ten more were rescued. Some people are believed to have been able to reach the shore on their own. The rescue operation continues.

On board the ship, which was wrecked off the coast of Cythera, with high straight rocks, there were about 95 people. Most (80) rescued in the Diakofti area. The rescue operation continues with the participation of state and volunteer organizations.

According to the message CNN Greece, the tragedy occurred in the marine area of ​​​​Provoskid, east of Mitylene. Nikos Kokkalas, a coast guard spokesman, said the victims and nine rescued were young women of African descent.

While the dead women’s bodies are being taken to the mortuary, the Coast Guard, Greek police, fire brigade and army are working in the area with an Air Force Super Puma helicopter to search for at least 15 more missing people, as there were 40 people on the boat, according to testimony. At least 80 migrants were rescued after a sailboat collided and semi-submerged in a steep sea zone, in the Diakofti Kythira area. According to the information currently available to the authorities, there were 95 people on board.

Local resident Martha Stataki tells The Associated Press: “We heard the sailboat crash into the rocks and saw people climbing on them to save themselves. It was an incredible sight. We all went down to the port to help.”