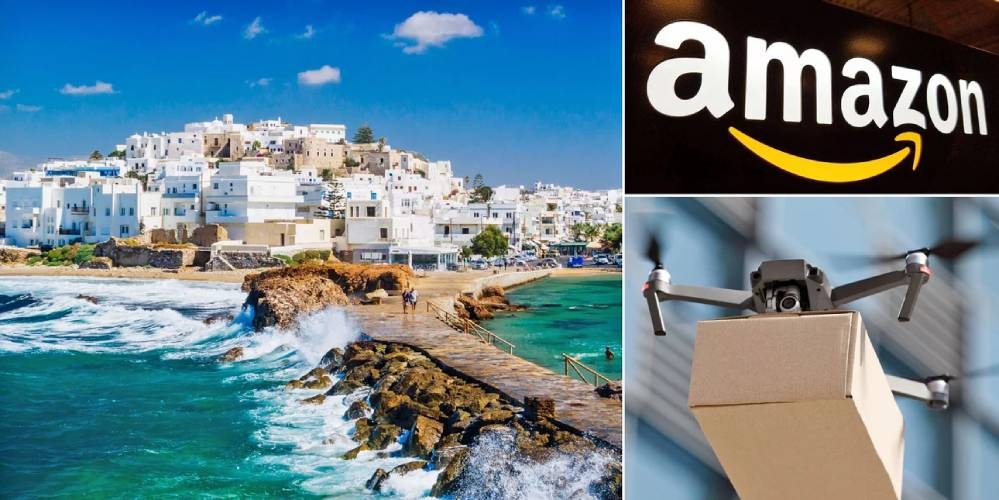 Naxos is pioneering the “Smart Island” with a digital broadcasting program co-produced by Amazon Web Services and over 20 Greek and multinational companies. The presentation of “remote doctor services” took place on October 4 on the island.

This is the first service delivery program of its magnitude, and its pilot application on an Aegean island will be the pass ticket for it. export not only to other parts of Greece, but also to other countries of the worlda.

Smart Island will develop solutions for smart mobility, primary health care and cargo transportation. These solutions include digital recording of the arrival and departure of passenger ships, as well as the transport of biological and pharmaceutical materials using drones.

“The Smart Island program is a vision of the future in the present,” said Digital Governance Minister Kyriakos Pierrakakis, expressing his joy that Amazon Web Services has chosen our country and the Greek island to launch its new initiative. “Greece is going international as an ecosystem of innovation,” he said, noting “from 9 million digital transactions in 2018, we have reached one billion.”

“From the very beginning, we had great ambitions to bring Amazon to Greece,” said Development and Investment Minister Adonis Georgiadis, focusing on the international impact of the collaboration: “Amazon Web Services is one of the largest companies on the planet. Cooperation will advertise Greece from one end of the earth to the other,” he said.

The event was opened by the mayor of Naxos, Dimitris Lianos, who welcomed representatives of the parliament, government and ordinary citizens to the “heart of the Aegean Sea” and, looking back at the centuries-old history of this place, compared Naxos with a beacon to spread global technological advances and innovations.

South Aegean Regional Governor Giorgos Hatzimarkos said he was proud of the digital leaps made by a number of Aegean islands such as Tilos, Halki and now Naxos. “The results of technological development are leading our country to the bright future it deserves,” he said, adding.

The representatives of the project said: “We intend to work with the local authorities and the people of Naxos, and we hope that through the experience that we will gain together with them, we will be able to expand this project to other islands, provincial areas and cities.”