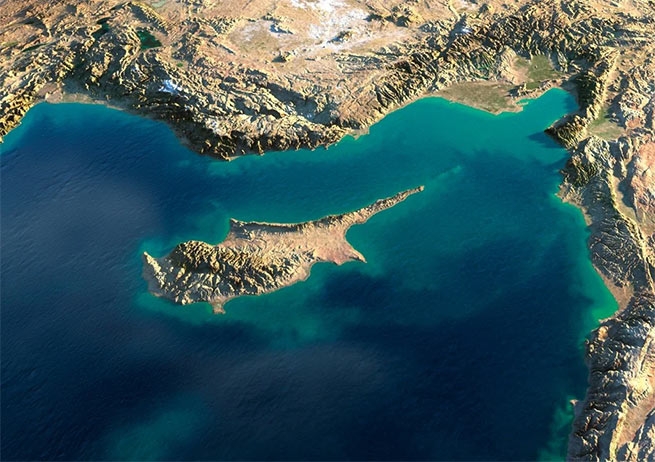 Having accumulated a lot of foreign policy dividends lately, Turkish leader Recep Tayyip Erdogan has seriously taken up the fundamental issue for his country of recognizing the Turkish Republic of Northern Cyprus (TRNC) and is even preparing to submit it to the UN General Assembly for consideration, the Russian edition reports. news.ru.

Thus, Ankara expects at least to put additional pressure on the international community, and as a maximum to achieve some progress in the recognition of the TRNC. However, against the backdrop of a growing aggravation with Greece, it will not be easy for Erdogan to achieve the desired results. What tools will the Turkish leader choose and how will the “Jerusalem formula” help him?

In recent years, Turkey has made radical changes in its policy on the Cyprus issue, the authors of the Turkish Milliyet note. At one of the meetings of the National Security Council in July, the Turkish authorities developed a whole package of necessary measures to put pressure on the international community to recognize the TRNC. Ankara outlined the main task of obtaining the necessary support for the recognition on the island of Cyprus of “two states on the basis of sovereign equality and equal international status.”

To do this, Ankara is going to follow the path trodden back in 2017. At that time, a draft resolution, initiated at the UN by the Turkish authorities, calling for the cancellation of the US decision to recognize Jerusalem as the capital of Israel, received the support of 128 countries. Only nine states opposed. US President Donald Trump, nervously, threatened the countries that voted yes to deprive them of financial support. Nevertheless, Ankara clearly considers this story to be its diplomatic victory.

The decision on Jerusalem was made in 2017 at the initiative of Turkey. Then Ankara succeeded. Why don’t we repeat the success this time? – says retired ambassador Uluch Ozülker, he said this in an interview with Milliyet.

In 1974, Turkey sent troops into the northern part of Cyprus under the pretext of protecting the local Turkish population, and this divided Cyprus into two parts. Ankara’s actions were a response to the desire of the “black colonels” who ruled in Athens to annex the island to Greece. Turkey, which by that time was already not on the best terms with Greece, could not allow this. Since then, Turkish Cypriots have lived in a self-proclaimed state that only Ankara recognizes. Although Pakistan and Bangladesh attempted to establish diplomatic relations with the TRNC in 1983, international pressure forced them to withdraw their recognition.

However, the position of Western countries to this day does not allow to put an end to this issue. Recently US Secretary of State Anthony Blinken informedthat Greek Cyprus received the right to purchase American military products in 2023. To do this, the US Congress requires the authorities of the island to perform the same task on an annual basis – to combat money laundering and prevent Russian warships from entering their ports for maintenance and refueling. At least once a year, Washington must certify Nicosia’s compliance with all these conditions. The armed pumping of the Greek Cypriots by the United States, of course, causes Ankara’s displeasure, despite the fact that the Turkish authorities do not object to the financial support of the Greek Cypriots. “But against whom are you arming Nicosia”? asks Ankara, wondering why the US lifted the arms embargo on Greek Cyprus. The Turkish side also promised a “concrete response” to this.

We will respond with concrete steps to the US decision (lifting the arms embargo on the Greek Cypriots). If you want an escalation on the island, then we will do what is necessary. Turkey will increase its military presence in Cyprus and supply the necessary weapons to the north of the island to protect the interests of the Turkish Cypriots, — declared Turkish Foreign Minister Mevlut Cavusoglu.

The situation is aggravated against the background of the aggravation of relations between Ankara and Athens. The countries of the Eastern Mediterranean were on the verge of serious military clashes. Thus, Turkey accuses the United States of militarizing the Greek islands, while Greece asks Ankara to follow the path of meaningful dialogue and not to forget that all of NATO and Europe are behind them. Washington, tired of the endless quarrels of the allies over the North Atlantic Alliance, asked to postpone all disagreements until later, and now, while military clashes are going on in Ukraine, to stick together in the fight against the “collective threat”. However, few people can influence the current situation.

A draft resolution at the UN calling for the recognition of the TRNC may not be able to solve all the problems, but it will certainly exert moral pressure.

According to him, before going against the United States, it is important to clarify the whole situation at the UN site. Probably, it is after this that other countries will also think about recognizing the TRNC.

However, an important point is also the fact that countries close to Turkey, although they do not officially recognize the TRNC, hold meetings with the president of the republic and its high-ranking officials almost on a regular basis. The day before, Turkish Cypriot President Ersin Tatar met with Kyrgyz President Sadyr Japarov at the World Nomad Games. Last month, the Turkish Cypriot leader Meets also with Azerbaijani President Ilham Aliyev on the fields of the Islamic Solidarity Games in Konya. Not so long ago, the Minister of Foreign Affairs of the TRNC, Tahsin Ertugruloglu

” target=”_blank” rel=”nofollow noopener noreferrer”>had talks with his Pakistani counterpart Bilavala Bhutto Zardari in New York (during the UN General Assembly, but outside of it, since the TRNC is not a member of the UN). Cyprus may be granted observer status in the Organization of Turkic States this November at the annual summit in Samarkand These are small but very significant political steps for the TRNC.

However, despite the proposals of the Turks, the settlement of the Cyprus problem on mutually beneficial terms for the two communities of the island is becoming less and less likely, said UN Special Representative for Cyprus Colin Stewart.

At the moment, there is a political impasse in the issue of resolving the Cyprus problem, and the positions of the parties are indeed far from each other. It is not possible to agree even the conditions for returning to the negotiating table, Stuart noted.

At the same time, at the UN General Assembly held in New York, the foreign ministers of Cyprus, Greece and Egypt held a trilateral meeting and stressed the readiness for interaction of their states in order to create conditions for security and stability in the Eastern Mediterranean region. Against this background, the establishment of relations between these countries and Ankara seems unlikely.

The last hope for the two communities is the upcoming elections in Turkey and Cyprus next year. Depending on the results of the elections, the situation, according to him, may change dramatically along with the change of power.