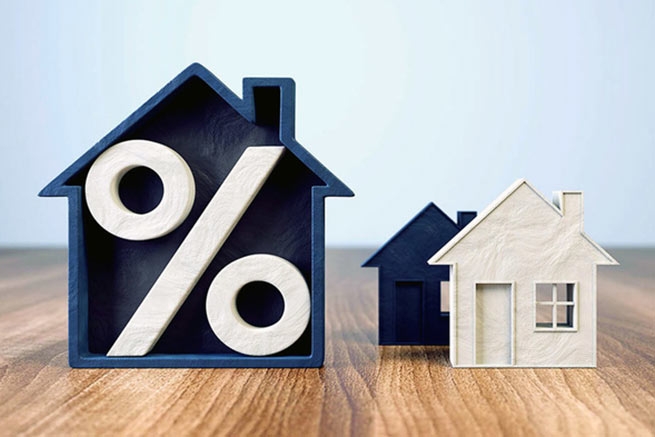 The signal to start a new cycle of increasing the cost of borrowings in mortgage lending was filed last Monday by one of the systemic banks in Greece.

Weeks after aggressively adjusting its key rate by 75 bps to 1.25%, the ECB has continued to raise 50 bps of its 5-year fixed rates, the most popular programs in this category in recent years.

Interventions
At the same time, however, two other interventions were undertaken:

According to a source in the banking industry, these changes were necessary for two main reasons. On the one hand, the availability of mortgage loans at the current interest rates is unprofitable. “Basically, we issued loans at cost, and in some cases even below cost, due to conditions in the financial markets,” he says in this regard.

On the other hand, a solution had to be found so that certain products remained attractive and the demand for new loans was not severely disrupted.

In this context, the increase in the cost of the 3-year flat rate has been contained so that borrowers have a reliable fixed payment option for a reasonable period. “The logic is that over the next three years the crisis will subside and eurozone interest rates will return to reasonable levels,” says the general manager of retail banking at the system banking group.

At the same time, he said, “we have reduced the cost of floating rates so that they are an alternative option for those who prefer them from the very beginning, while they are also beneficial for those who choose a fixed rate at the beginning of the loan. “.

As he notes, “with these steps, we want to keep the momentum of this market, which, despite the disturbances observed in the last quarter, is still moving at a high pace.”

In particular, it is expected that 2022 will be closed with new loans worth more than 1.2 billion euros, which is the main goal for this year, and this figure is increasing annually by about 35%.

Expansion of trenches
At the same time, for the first time in many years, those who have already received a mortgage loan have increased monthly payments. Most of the old loans are in variable-rate products pegged to the ECB rate and euribor indices, an industry source said.

After two interventions by the European Bank, the euribor rates moved into positive territory. In particular, the one-month index is now 0.68%, and the three-month index is 1.19% from negative levels only in August last year. And that’s not all, as the ECB is set to raise interest rates again this month, which some analysts say could rise to 75 basis points. This means that the base for calculating the final interest rate on existing mortgages could rise by as much as 2% in November.

The Bank of Greece data for August reflects the momentum that developed after the ECB’s first rate hike in mid-summer. For mortgages over 5 years, the average interest rate rose from 1.99% in June to 2.15% the following month to rise to 2.30% in August, they said. And if forecasts regarding further actions of the ECB come true, it is expected that by the end of the year the rate will exceed 3.50%.

But what does this mean for borrowers? First of all, those who are close to the maturity of the loan will not be significantly affected, since the payment they pay now mainly includes the principal amount of the debt, not interest. However, if enough years remain until full repayment of the loan, the burden becomes significant.

For example, for a loan of EUR 100,000 with a 15-year maturity and an interest rate equal to the quarterly euribor plus a margin of 2%, the payment dynamics is as follows:

In fact, the latter figure is close to the real inflation rate in Greece, and not the figure in 12.1%, which is issued by Elstat.