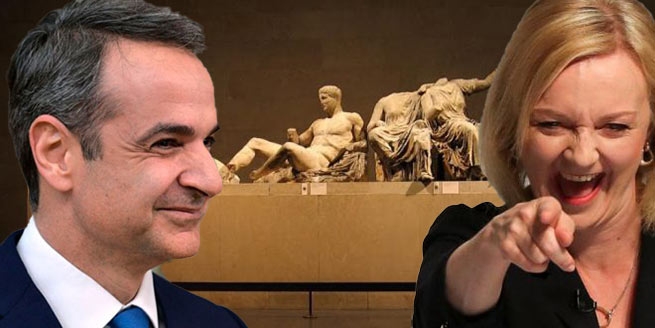 Prime Minister Kyriakos Mitsotakis intends to reach an agreement with his British counterpart, Liz Truss, to return the marbles from Elgin (Parthenon Marbles) to Athens, according to a statement published in the Sunday Times.

“At a time when Truss is looking to establish his profile and the UK is sort of cornered in terms of overall image after the funeral [королевы]it would be a fantastic gesture and that’s what I’m going to tell her,” Mitsotakis told The Times correspondent Matthew Campbell.

The prime minister shared his belief that King Charles, with whom he says he has a good personal relationship, should remain neutral in this matter due to his position, but supports the initiative to reunite the Parthenon marbles.

Mitsotakis stated that this belief was based on discussions that took place between the two men when Charles was Prince of Wales and noted that the mood in the United Kingdom was changing.

PS Good luck to you… Until the two prime ministers meet to conclude an agreement, Truss will most likely no longer be in office. And it is not for the governments of Britain to decide on his return. Pure PR, as they say ….