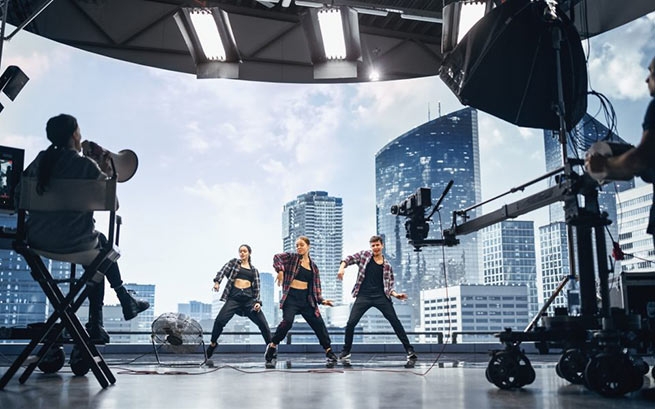 Investors are investing in the area of ​​the old Cordogianni barns, which have already been acquired by Vasilika Thermi, which is associated with the Nu Boyana Hellenic film company and studios.

It is expected that in the near future the competent committee will evaluate the application of Vasilika Termi for inclusion of its project for the development of film studios in a landmark investment scheme of exceptional importance. The investment project with a budget of 50 million euros provides for the construction of six film studios with an area of ​​30,000 square meters on an 80-acre site in Thermi (Thessaloniki).

Investments up to 40 million euros

The investment will take place on the site of the old Kordogianni granaries, which the company has already acquired. Vasilika Thermi is associated with Nu Boyana Hellenic, a film production and studio company. Both Vasilika Thermi and Nu Boyana Hellenic are owned by businessman Yannis Kalafatis and his partner Yariv Lerner. The latter controls Millennium Media, one of the largest independent Hollywood film companies. These two people are doing business in the US and Bulgaria and have already started production in Greece. As Yiannis Kalafatis explained in an interview with K, “8 million has already been invested in Thessaloniki, and the investment plan provides for another 30 million for infrastructure construction and about 10 million for technical equipment.” In addition, the company “will develop offices and post-production facilities in Athens and, in particular, in the area near the former Elliniko airport, where it has already acquired properties.”

The company has already completed filming famous films in Greece, including “The Enforcer” starring Antonio Banderas and “The Expendables 4” starring Jason Statham and Sylvester Stallone.

“We are looking to develop infrastructure in Greece that will further attract large production companies and networks such as Netflix, Disney and Paramount, for example, to shoot films and series here,” he says, emphasizing that “Greece has many advantages, such as like sunlight and natural beauty, but also its history and culture, and in recent years, the modernization of a wide infrastructure, as well as hotel and other facilities.”

According to the businessman, who is also active in the New York construction market, the fuse for the gradual development of this industry is the framework introduced in previous years and improved by the current government, which provides tax breaks and other incentives for films shot on Greek soil. This is a more well-known cash rebate run by the National Center for Audiovisual Communication (EKOME). “By creating the infrastructure needed for large productions, more and more films will be able to film here, and all of this, as you can imagine, means promoting the country abroad and further influence of the Greek brand.”

Promotion of the country and jobs
“We believe that the private sector and public authorities should join forces to develop this industry, which will bring numerous benefits to the economy,” emphasizes Yiannis Kalafatis. “You understand,” he adds, “that in addition to promoting Greece and investing in the industry, dozens of jobs, from set builders and make-up artists to electricians and drivers, can find serious jobs in this industry.

What’s more, thanks to our Film Forge initiative, we’re in an ongoing process of training the technical and management staff and other contributors needed for film and TV production.” 30 technicians, and in the last film – 140.

The businessman, of course, notes that in Greece there are issues that can be improved for these industries. “We need, for example, special frames for events related to filming, such as explosives and destruction of cars. You understand that it is not very practical to issue license plates and register cars that will be destroyed during filming.”

His group’s investment in Thessaloniki, he adds, could also help modernize Greek cinema and art production in general, and he says he’s open to discussing possible partnerships based on their support. As for information about his interest in acquiring hotels, TV channels belonging to the Savvidis group, or even the Thessaloniki Port Authority, Yannis Kalafatis bluntly and categorically states that “they are in the realm of fantasy, and no such discussion exists.”

On the contrary, he notes, in an interview with the TV channel open Negotiations have already taken place, as perhaps will be with others, but they only concern the prospect of acquiring the necessary standards for Greek series “so that they can become an export product and be shown in other countries, as is the case with Turkish and Israeli series.”