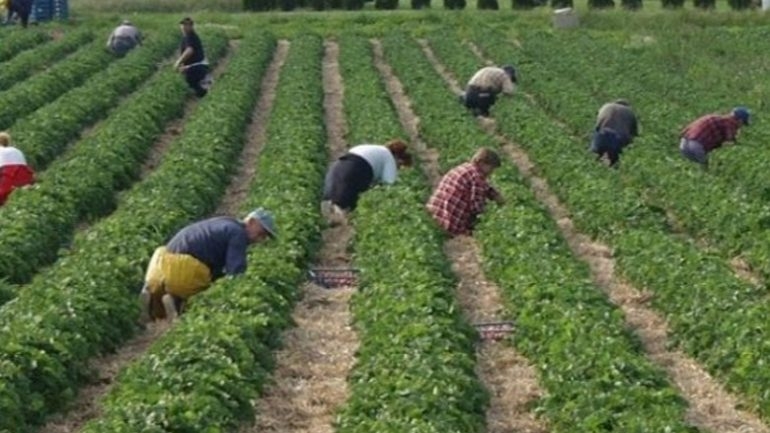 The lack of labor in Greece to collect agricultural products is reported by the Albanian media, emphasizing that Albania is asking for help to solve this problem.

Many regions of Greece are looking for seasonal workers from Albania to harvest autumn crops. The arrival of the harvest season, especially for olives, has exacerbated the problems for Greek farmers who can no longer find employees due to the low interest of immigrants in working on Greek farms associated with low wages, poor living conditions and hard work.

Another negative factor that influenced this, according to Greek experts, is the departure of the available workforce to other countries, mainly to Northern Europe or the UK. Reportedly, 61% of Albanians left Greece in search of a “better life”. Earlier, thousands of migrants from Asian countries left the country, who made up a significant part of laborers in agricultural cooperatives in Greece.

According to local Greek authorities, the greatest demand for seasonal workers exists in the region of Veria and Imathia, where hundreds of Albanians from Korca and Elbasan (Κορυτσά και το Ελμπασάν) are hired annually.

The Union of Agricultural Cooperatives of Imathia announced that this weekend it held a meeting with the Albanian delegation from the municipalities of eastern Albania, as well as with the prefects of the regions of Korca and Elbasan, as well as with representatives of the Ministry of Agriculture of Albania, where this issue was discussed. According to the union, the discussions included promoting interest in seasonal employment and facilitating the cross-border movement of Albanian migrants for seasonal work in Greece, as well as agricultural cooperation between regions.

Meanwhile, the National Union of Agricultural Cooperatives of Greece, in a letter addressed to several ministers such as the ministries of immigration, foreign affairs, development, labor and social affairs, expressed its concern, citing the emergency due to the lack of seasonal workers.

It is believed that the employment of foreigners in Greece in terms of finance “helps” Albanian families living in some areas bordering our country.

Two years ago, the Greek government approved permits for 65,000 seasonal workers in agriculture and about 10,000 in animal husbandry. According to the forecast of the Greek authorities for 2021, about 18 thousand new jobs have appeared in agriculture and another 10 thousand in animal husbandry, and this year the need for workers has only increased.