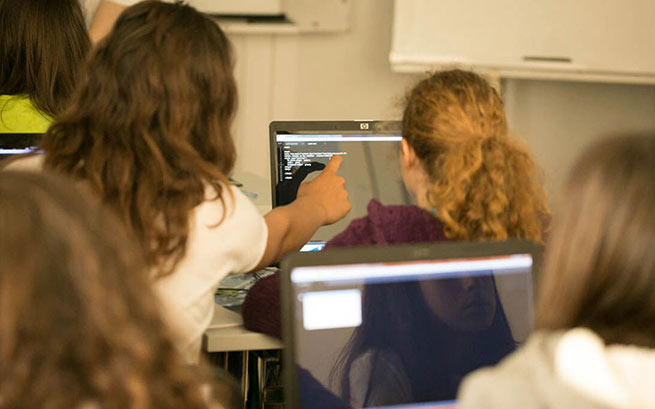 The “Code Girls Μataroa” program, supported by the US Embassy in several Greek cities, allows female students to become experts in the field of programming.

What does a ten-year-old girl know about HTML, CSS and Javascript programming languages? “A lot” is the answer if this girl participates in the Code Girls Μataroa program, a non-profit entrepreneurial culture laboratory that has been “introducing” the world of technology to female students from all over Greece for the past seven years.

The interactive educational program is designed for students aged 10 to 16 and is supported by the US Embassy in Athens. As a result, over 480 girls have received professional guidance from successful Greek professionals from all over the world, from the US and the Netherlands to Switzerland and the UK.

“The new generation has unparalleled comfort with technology, from social media and video games to games that combine robotics and programming,” said Antonis Papadopoulos, one of Μataroa’s two co-founders. “But the question is how can we make technology creators rather than consumers, and how can we close the gender gap in technology that starts in school and family and continues at every stage in the lives of people, girls and women. Stereotypes have a very solid foundation.”

The positive impact of lessons on girls’ daily lives was also reflected in a survey conducted by Μataroa in 2021, in the midst of the first quarantine. 65% of female students who participated in the program continued to be actively involved in technology, and dozens began to study in positive and polytechnic schools. Now the four lecturers in the programs are women who “attended” the first Code Girls programs in Kalamata and Kozani.

“We enjoy phone calls from employers asking us about the program, as more and more people are looking for a resume rich in knowledge in this area,” stresses another Μataroa co-founder, Hippocratis Papadimitrakos, and adds: “At the same time, our parents they ask when the program will be repeated in their city.” 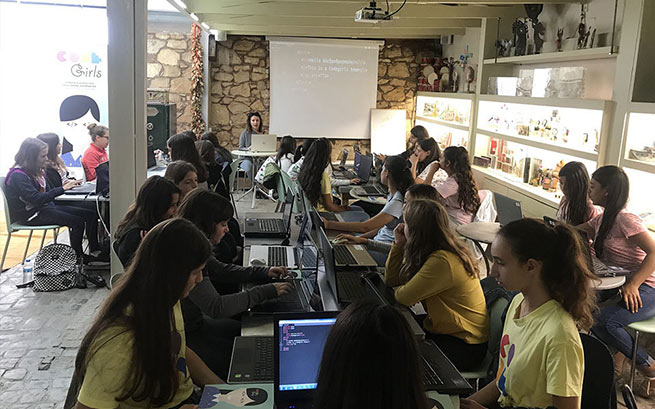 From a recent visit to Syros

Recently, another program has joined Mataroa’s activities, Coding Bees. It was created with the support of Google.org, Google’s charity arm, and has already been implemented in Kalamata, Trikala and Heraklion with 175 participants, followed by Chalkida, Xanthi and Kozani. 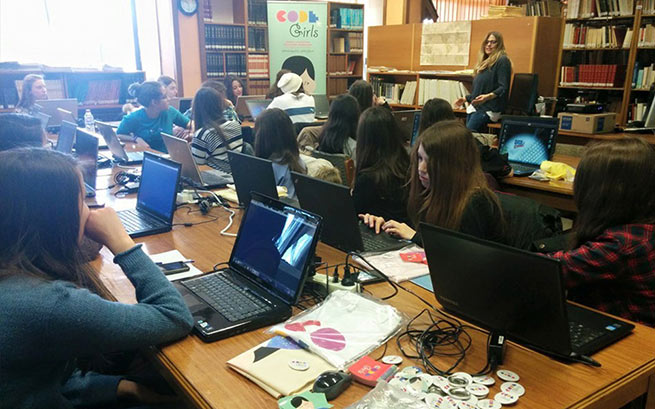 Snapshot from the lessons
In the new program, women of all ages, regardless of their technological background, are introduced to basic technological tools such as email and search engine features, the cloud, secure and functional Internet browsing, etc.

“We believe the Greek region needs more action that equips the next generation with the skills of the future,” emphasizes Mr. Papadopoulos. “We are talking about children with appetite, great talent, who will play a key role in the future of Greece – both social and economic.”

Following the example of their teachers
Panagiota Zachariadis is currently a 20 year old third year student in the Faculty of Electrical and Computer Engineering at AUTH. She first attended classes in 2015 in her hometown of Kozani when she was 13 years old.

“My dad read the news on a local website,” Panayota says. – He suggested it to me and my sister, we talked about it and saw it as an opportunity to learn something completely new. While we’re only talking about seven years ago, kids didn’t have the close relationship with technology that they have today. We didn’t have a mobile phone or tablet. From day one, I felt like we created something exciting from the ground up. We have already learned how to make a website.”

At the end of the program, Panayota, greatly carried away by the program part, continued her search. The following year, when she attended the program again, the number of participants increased significantly. “In high school, I decided that I wanted to do my part to bridge the gap between women and technology,” she concludes. 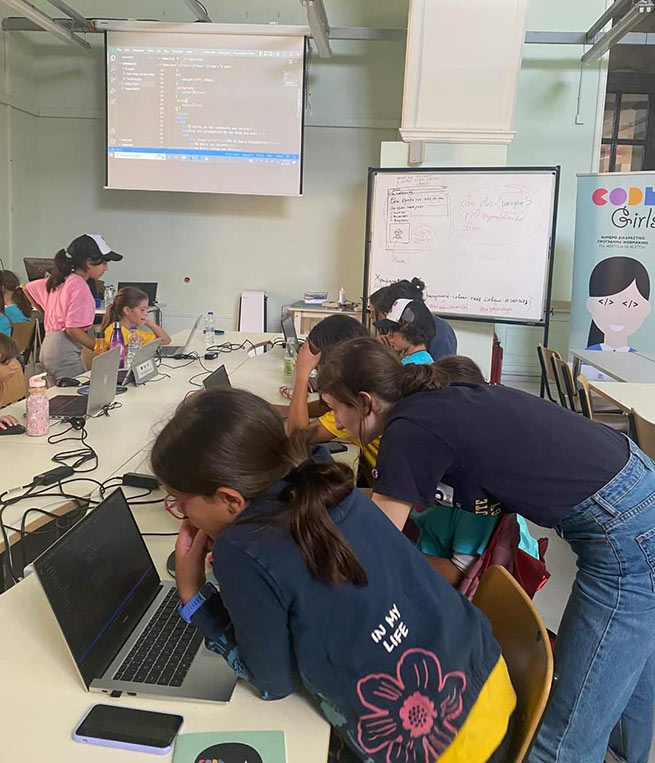 One of the Code Girls lessons

Maria Geka from Trikala, now 18 years old, attended seminars when she was a 6th grade student. “We were talking to women in high positions at Google, and I was excited,” says Maria “K”, and recalls that she immediately thought that when she grows up, she wants to do the same. “The lecturers told us, ‘You can do it too, if you want it,’” describes Maria, who attended the program for another three years and, as she notes, the girls learned something new each time.

This year, Maria took the first EKPA computer science degree in Greece and says she is ready to work on larger projects in a team, something she learned from the workshops in Μataroa and that she really likes. “Helping each other code was one of the best parts of the course, and I want to do the same when I work—I want my work to be collaborative and exploratory.” 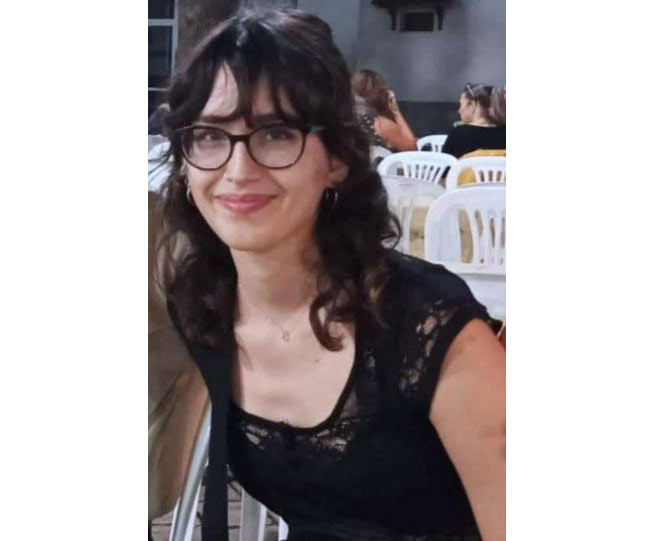 Maria was also a role model for her 50-year-old mother, as she also took courses in the new Coding Bees program this summer. She describes, “I saw that she was just as excited as I was to enter the fantastic new world of technology.”

* On October 9 and 16, Μataroa will arrive in Chalkis with the Coding Bees program. Information: www.mataroa.org