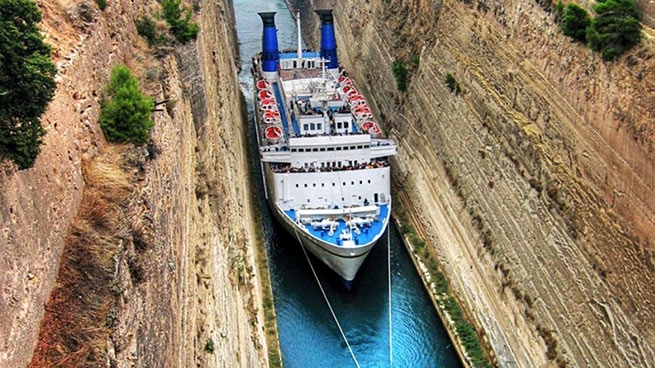 The Corinth Canal is again closed to maritime traffic until next summer, the Corinth Canal Company said in a statement on Tuesday. According to the statement, the channel closed at 07:00 am on October 4, 2022.

The first phase of the channel’s restoration was completed on Tuesday, and it is closed again until next summer, as originally announced, to resume the second phase of restoration work upon completion of its shielding, CCC said.

The same statement said that the channel operated without interruption and safely throughout the summer, and showed the best performance in the last 20 years. “This proves the importance of the canal’s operation, as well as its decisive role for maritime transport, the growth of tourism and the improvement of the territory,” the CFTS added.

A total of 6,001 ships from 70 different countries have flown through the canal since it reopened on July 4, 2022.

As we reported earlier, July 7, 2022 The Corinth Canal reopened after two years of inactivity. Several landslideswhich occurred in 2020 and 2021, blocked it for many months.