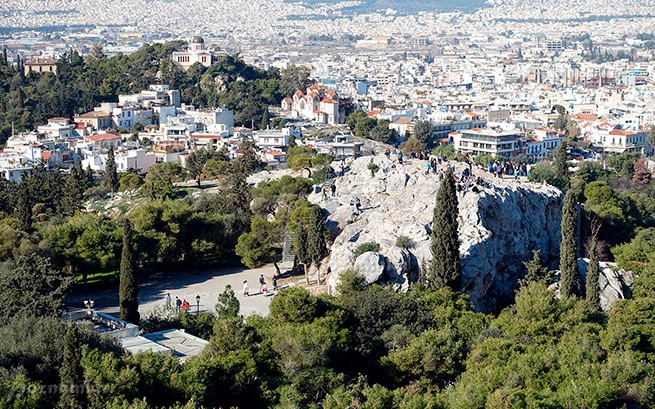 According to the first data collected by the authorities, the death of a woman who died in a fall from the hill Arepagus, which is located at the foot of the Acropolis, is considered a suicide.

The cause of the fall, which occurred at 12:40 in the morning, is being investigated by the police, while there are eyewitness accounts who said that she lost her balance during the photo shoot. Police later said the 47-year-old woman deliberately took a step and fell off the cliff. Information that has not yet been officially confirmed, but, according to the police, she contacted her husband before this step. The height of the cliff is about 15-20 meters, it is reported that the woman received a severe head injury.

The rescue team arrived as part of 3 firefighters and an ambulance, which took the woman away after appropriate actions. They tried to revive her, but she showed no signs of life. She was then taken to Evangelismos Hospital, where she was pronounced dead.

A woman, a Greek citizen, not a tourist. as previously reported, allegedly faced with psychological problems. It should be noted that when representatives of EL.AS arrived at the scene, her mobile phone rang, and, as it turned out, it was her husband.

Once upon a hill Areopagus (Areopagus Hill) was the meeting place of the elders of Ancient Greece. According to legend, it was on this marble hill that they judged Ares, the god of war, who died the son of Poseidon. He was acquitted, but it is believed that it was after this that murder cases began to be heard here.

Also, the hill was a place of speeches: the apostle Paul preached to the pagans here. This sermon can be seen on a bronze tablet near the marble staircase.