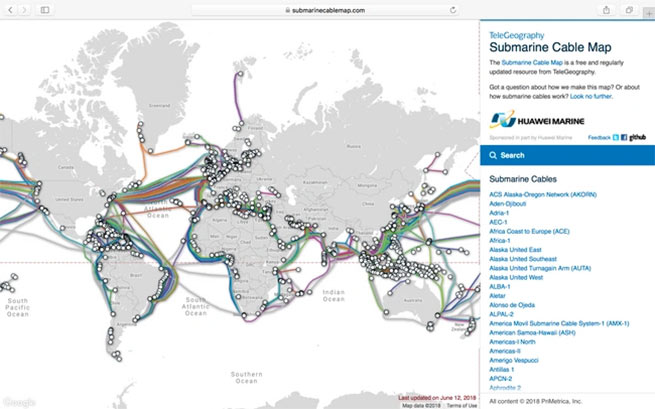 The sabotage of the Nord Stream pipelines can become a pebble that launches an avalanche that could plunge the world economy into chaos, leaving many countries without communications, electricity and the Internet.

Like the map indicated in the title of the publication, hundreds of underwater communication lines and power transmission lines are indicated, connecting countries and continents into a single network. None of them has any protection against potential saboteurs or underwater drones, and in the current conditions can become the target of one of the parties to the conflict.

Nord Stream example
Europe has been experiencing a similar shock in recent days, with the focus on the Baltic Sea, with hazy “exclusive economic zones” off the coast of Denmark and Sweden.

Explosions at the Nord Stream gas pipeline have led to a permanent shutdown of natural gas supplies to Europe through them, while fears about energy prices in connection with the onset of winter have intensified. At the same time, there is growing concern about the ability to predict and cope with similar events in the future.

“Confused responsibilities make it difficult to come up with a concrete response – to this or other incidents,” writes Politico, noting that military experts are suggesting increased surveillance, more visible patrols, providing system backups and a more coordinated response. “After the invasion of Ukraine, all attention was focused on the revival of conventional warfare in the 21st century, somehow neglecting the importance of preparedness in the field of hybrid tactics,” a NATO diplomat told Politico.

“NATO has a rather complicated policy on hybrid threats and critical infrastructure,” said Latvian Foreign Minister Edgars Rinkevics, adding: “Now we need to understand if it is relevant.”

Threat on the Internet

Immediately after the attacks on the gas pipelines, questions arose about the next possible target of the saboteurs. A huge network of undersea cables powering the global internet could be Russia’s retaliatory move, US and European officials say. It is a “digital avenue” through which a huge amount of information is transmitted, from YouTube videos, social networks to transactions in financial markets.

According to Politico, the threat to internet security is real and comes from the insecurity around these cables and Russia’s willingness to target civilian targets, using so-called hybrid warfare tactics.

“The Internet has been a target for more than twenty years,” Chatham House information warfare expert Keir Giles told Politico. At the same time, he emphasizes that if the West does not act, it will face its own problems. “If special attention is not paid to ensuring the security of these vital assets, Western countries will only blame themselves,” he added.

A network of hundreds of fiber optic links spanning more than 1.3 million kilometers powers almost all of the world’s Internet traffic and is operated by private companies such as Google and Microsoft, as well as France’s Alcatel Submarine Networks and China’s Huawei Marine Networks.

Part of the vulnerability and concern for their safety also stems from the location of these cables, experts say, as they are scattered across the globe and are often located in extremely remote areas easily accessible by submarines or drones.

The lack of regulatory oversight of how these networks operate also makes them difficult for companies and governments to protect, Politico reports. Most of these cables are located in international waters.

“Fear is centered on the fact that governments such as Russia, China or North Korea could damage these submarine cables, which are largely unguarded and out of control of Western governments,” international media added. 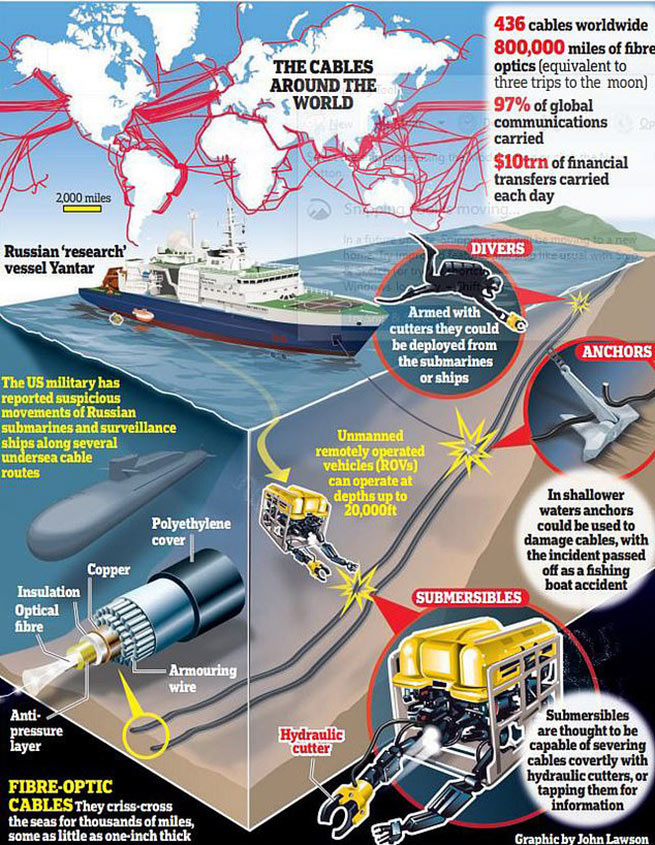 The scale of the sabotage will point to the perpetrator

While no one claimed responsibility for the terrorist attacks on the gas pipelines, it becomes clear that this is the work of the “hands” of one of the states interested in harming Russia. But you also need to understand that after this, you should expect response from Russia.

According to experts, in order to create a serious problem with the transmission of Internet data, it is necessary to carry out a large-scale attack on underwater networks, affecting dozens of cables. “We are no longer in the position we once were where you cut the wire and everything collapses,” Keir Giles commented, noting that the Kremlin could potentially disable part of the regional network linking the Baltic states to the rest. Europe.

“To have a long-term impact on the global submarine cable network, Russia or any other country will have to act on a scale that Western national security agencies are likely to easily detect,” he added.

It is worth noting that Russia, like the United States, is much less dependent on such cables, since most of its infrastructure is either terrestrial lines, or repeater systems, or satellite systems. This means that in the event of Russia’s retaliatory actions, first of all, countries that have territories on the islands that do not have their own communication satellites and, of course, communications between Europe and the United States will suffer.