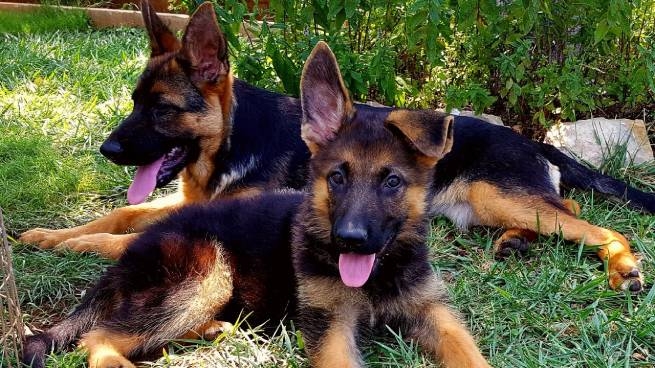 The owner of two killed German Shepherds, a resident of Karditsa, guarantees a reward of 2,000 euros for any information about the killers of his dogs.

Mr. Thassos found them dead on his property, and the poison scattered across the property, he says in interview “Social Hour MEGA” could easily be found and tasted by his two-year-old son. He tells:

“I’ve been cattle breeding for many years. I’ve been in love with this breed of dog since childhood. My wife and I managed to buy four. My lifelong dream was to own a plot and keep my dogs there, to make a park there for my children. About a year and a half ago I I managed to buy a plot away from other houses so that the dogs would not bother anyone.”

The heartbroken owner of purebred dogs cannot understand who they could interfere with:

“My dogs didn’t bother anyone, they didn’t bother anyone. They didn’t harm anyone. How many years they were at my house, everyone knows them. Moral damage. These dogs are part of my family. My dogs are not guard dogs, they are socialized and raised at home. I don’t have anything to guard with dogs… I tried to make a park. I have a 2.5-year-old child, and at any moment he could take poison and put it in his mouth.

The man offered 2,000 euros, asking everyone who has information about the incident to contact him.