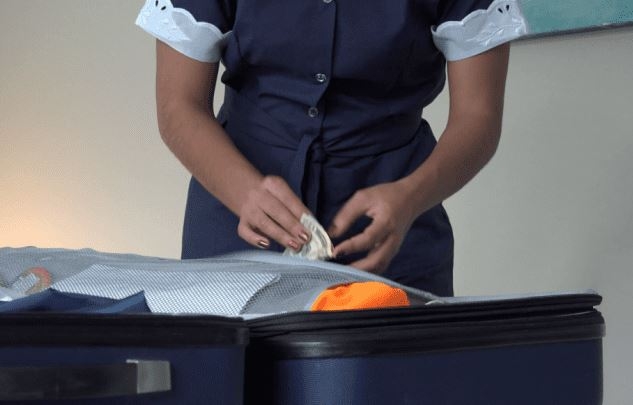 From February 2019 to July 2022, the 46-year-old woman worked as a domestic worker in nursing homes in the wider area of ​​Lagadas and Sykeon (Thessaloniki).

An investigation by local police officials identified a woman of Greek origin who used her job to steal money and jewelry from the elderly. As part of the investigation, a criminal case was initiated against five persons involved.

In particular, as it turned out as a result of a police investigation, the woman worked as a domestic servant in the homes of the elderly and, with the help of four other persons, “cleansed” the wards who trusted her, people of the “old school”, kind and naive.

During a search of the detainee, it was found:

Characteristic of the housekeeper, who had very “dexterous hands”, was a pretentious approach to elderly potential victims. As soon as she started working in the homes of the elderly, she first of all marked the places where they keep money and jewelry.

Active in the search for victims, on one occasion she approached an elderly woman when she was in the hospital, and, introducing herself as (αποκλειστική βοηθός) an exceptional assistant, she visited the gullible woman for the second time – having already arrived at her home. There, the thief got the information she needed about where the money was hidden.

With the assistance of four more people, to whom she “leaked data” and gave meticulous detailed recommendations on how to “get the job done,” the burglars began to steal.

The case has been referred to the prosecutor’s office.