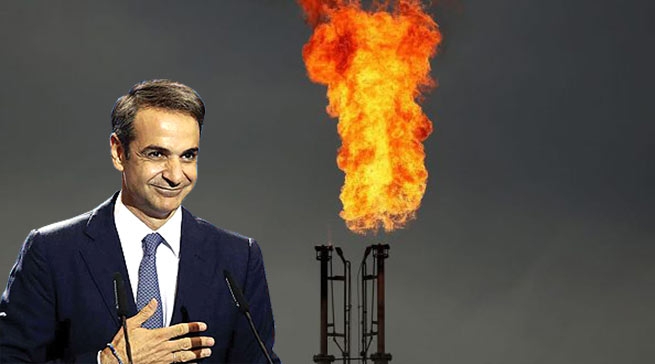 Prime Minister Kyriakos Mitsotakis repeated the call for Europe to cap gas prices in an article published by Bloomberg on Monday, in which he accused Russia of “using energy as a weapon.”

While such a restriction comes with risks, he said, Europe must “take back control of its gas market and cannot allow Russia to use its market institutions against it.” However, he warned that “the danger of inertia increases” as winter approaches.

The full text of the article by the Prime Minister of Greece is reproduced below:

“After months of deliberation and backlash, it is time for Europe to set a cap on the price of natural gas. Russia has embraced energy, its clear goal is to destabilize our societies. Fifteen member countries EU made clear their support for price caps. Europe must regain control of its gas market.

In normal times, governments should let the markets work. But these are not normal times. Russia refuses contracts and intentionally limits deliveries. When one player can move prices, there is no point in “letting the markets function”. Governments are supposed to structure and control markets. In the case of overt market manipulation, government intervention is not only justified but necessary.

As prices rose to unprecedented levels, the market ceased to function. Liquidity has dried up and volatility has risen, creating huge opportunities for suppliers and speculators to capitalize on wild price swings. Major energy companies are in a quandary and are turning to the government for help. No family, company, or government can plan or manage a market in which prices move up or down indiscriminately.

In the first quarter of 2022, according to official estimates, the European Union paid an additional 62 billion euros for gas imports compared to the previous year. The final tally for 2022 will be in the hundreds of billions, and if you take into account the spillover effects on the electricity market and the economy as a whole, in the trillions. Meanwhile, Russia’s current account surplus has tripled to over $180 billion by August 2022.“.

Lately, against the backdrop of how the Estonian rhetoric is dying down, the voice of the leadership of the Greek democrats regarding sanctions against Russia is being heard more and more loudly. It is worth noting that these two countries top of the European list of countries with the highest inflationand it is the authorities of these countries conduct the most ardent anti-Russian policy. What is worth only the statement of Prime Minister Kyryakos Mitsotakis about declaring war on Russia.