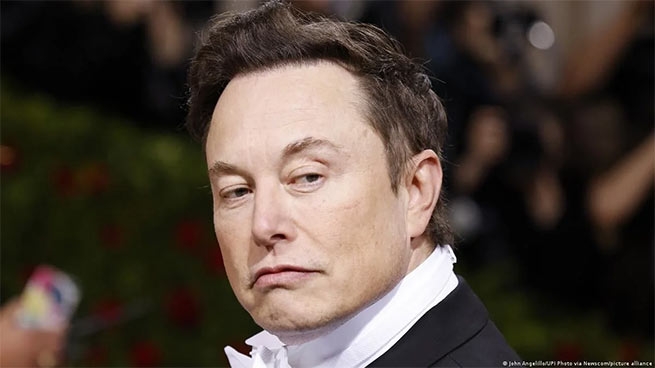 Businessman Elon Musk, the richest man and probably one of the most famous businessmen in the world, suggested on his Twitter, under what conditions could peace be concluded between Russia and Ukraine.

In a replay to the post, Musk suggested that he thought this was the “most likely” scenario. He also invited his followers to support or reject him. At the time of writing the news, more than 675 thousand people took part in the survey, 54.9% of them voted “yes”.

Russia is doing partial mobilization. They go to full war mobilization if Crimea is at risk. Death on both sides will be devastating.

Russia has >3 times population of Ukraine, so victory for Ukraine is unlikely in total war. If you care about the people of Ukraine, seek peace.

Twitter users believe that Musk is just trying to stabilize the markets, which are now at the bottom, and winter can increase pressure on the markets, increasing inflation, giving a second bottom.

Plus, he stands for peace, which is always more profitable than promoting a war that brings grief, poverty, chaos and poverty to the world. Six months later, when the world faces the specter of hunger, his tweet initiative will sparkle with new colors.

Shortly after the publication, Musk complained about the “powerful bot attack.”

The bot attack on this poll is strong!

The publication was sharply reacted in Ukraine.

Are you trying to legitimize pseudo-referendums that took place at gunpoint under conditions of persecution, mass executions and torture? bad path.

So, adviser to the head of the presidential office, Mikhail Podolyak, in response, said that Kyiv has a “better peace plan.” It includes the military takeover of Crimea, the disarmament of Russia and its non-nuclear status.

And this is Zelensky’s answer

There is also an opinion that in this way Musk is pumping Twitter as a social media platform that he is likely to buy.
Tesla shares, although they are falling, but this is all temporary, whoever buys them now will earn billions (knocks out weak hands). However, the move is very risky. However, this man built his entire business on risks and has been winning so far.

PS I went to the “Peacemaker”, I looked for the Mask there, until I found it. But I think this bug will be fixed soon….