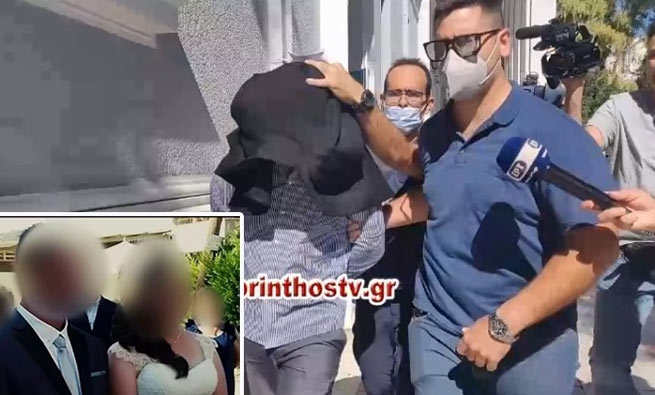 33 year old Albanian parked the car early in the morning near his ex-wife’s house in Almiri-Corinthia and, as soon as she went outside, forced her to get into the car in the front seat, and drove to a deserted place with the doors locked, at the same time punching her in the head and body.

According to korinthostv.gr, the man stopped the car on a country road in the Kira-Vrisis area and there allegedly undressed her and threatened her by lighting her hair with a lighter. Then he took her to his parents’ house in Corinth, where he raped her and drove her away.

The frightened woman went to the Corinthian police station, where she filed an application against her ex-husband, indicating the details of what had happened. The police quickly tracked down the accused, who was arrested and taken to the prosecutor’s office in Corinth.

The lawyer of the victim told what happened to her client.

It is worth noting that in recent days, police reports are simply full of reports of family and domestic violence. Husbands current or former, the so-called. “boyfriends” beat, torture, rape their women. Without statistics from the police, it is difficult to determine whether there is an increase in these indicators or just such information has become more common in the media, but the situation is alarming. Perhaps people are being affected in this way by the alarming economic and international environment?