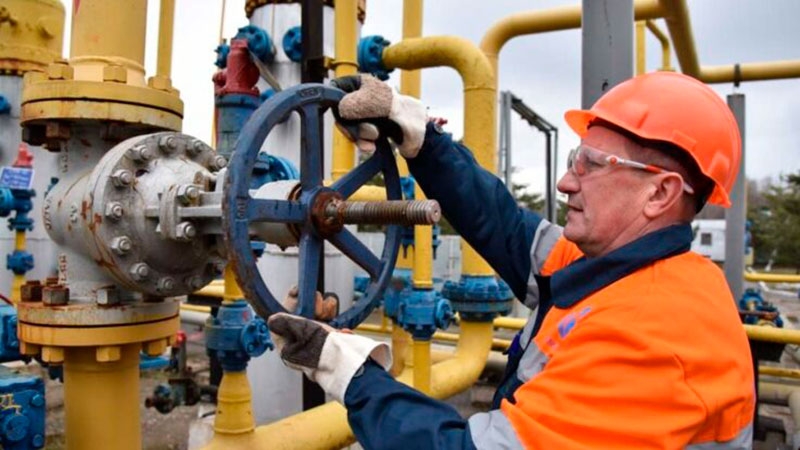 Russian gas supplies through the Tarvisio entry point have been reduced to zero since October 1 as Gazprom said it could not supply gas through Austria, Italy’s largest oil company, Eni, said in a statement on its website on Saturday.

An Eni spokesman, however, said that Austria appears to be getting gas from Gazprom.

“We are working to find out from Gazprom whether it is possible to resume the flow to Italy,” the spokesman said. After the war in Ukraine, Italy received 40% of its gas from Russia, but now this figure has dropped to 10%. “The reason is related to the regulatory changes that took place in Austria at the end of September. Gazprom is working on a solution to the problem together with Italian buyers,” the Russian gas company’s Telegram channel says.

At the same time, Russian gas is supplied to Austria regularly, the E-Control regulator said on Saturday. The stockpiles continue to fill up. An E-Control spokesman said that “the situation does not affect the security of supply – neither in Austria nor in Italy, there is no reason to worry,” writes the Austrian publication Kleine Zeitung.

According to media reports, Austria continues to receive gas from Russia. The Austrian OMV has confirmed that it accepts Russian gas, and “in much larger quantities than was announced last time,” Kleine Zeitung quoted a company spokesman as saying. Leading analyst of the National Energy Security Fund (FNEB) Igor Yushkov in an interview with “Newspaper.Ruexplained why Russian gas stopped flowing to Italy.

Gazprom is submitting an application for pumping gas. “Now Austria says that their documents have changed a little, so they cannot process those applications that were previously submitted for the current period, now there is a new form, new documents,” he said. Since October, things have changed a little. And how else, apparently, has not yet been said, therefore, as a result, due to these bureaucratic changes, Gazprom cannot submit the correct application for gas transit to Italy, and accordingly, this transit is not carried out.

Yushkov emphasized that it was not only a matter of bureaucratic changes: “De facto, a banal thing is happening: Austria itself also lacks gas, and it has changed documents – it does not accept gas for transit, but accepts it for itself.” The specialist drew attention to the fact that due to the shutdown of the Nord Stream (due to turbine failure), Gazprom supplied gas to European countries alternately in small parts. That is, the company assigns the volume of deliveries “to one more, to that less, trying to ship to all customers, but alternately one or the other and incomplete orders.”

“And it turns out that Austria received less gas, like everyone else. But due to the fact that Austria is a transit country, they cunningly maneuvered like this and get more gas for themselves as a result, while the Italians get nothing,” concluded analyst Igor Yushkov.

According to TASS, we are talking about the Trans-Austrian gas pipelines (TAG 1 and TAG 2). Through them, natural gas is transported from the Slovak-Austrian border at Baumgarten an der March to Arnoldstein in southern Austria, close to the border with Italy. The length of parallel pipelines is about 380 km.