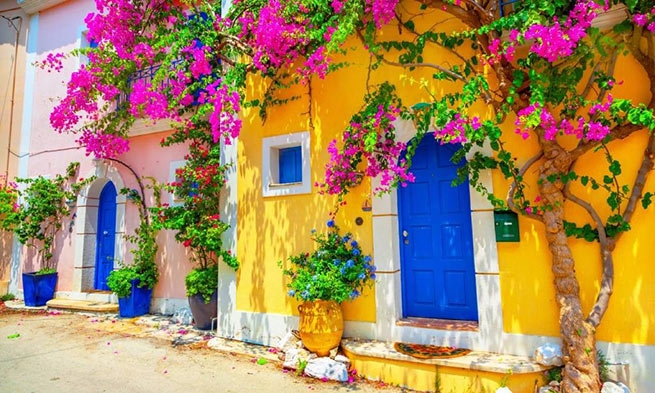 Temperatures are expected to rise above seasonal levels in Athens this coming weekend, reaching 34°C. However, “Indian Summer” will not last long, as from Monday October 3, 2022, a sharp drop in temperature by 6-8 degrees is expected.

Starting Monday, the wind direction will change to the north with a force of 5-6 on the Beaufort scale, in places up to 7. From Sunday evening, local rains are predicted, mainly in the west of the country.

Weather forecast from the director of the National Weather Service EMY of Thodoris Kolidas:

In general, warm and partly cloudy weather will continue throughout the country. Only in the northern part of the Ionian Sea, Epirus and the western part of central Greece, small local rains are predicted with a rapid improvement. South wind 3-4 points on the Beaufort scale, in some places 5 points. The temperature will rise slightly. In the west and north up to 28-30°С and up to 29-32°С.

In western, central and northern Greece, rare clouds are predicted that will gradually thicken, while local rains are possible in the northern part of the Ionian Sea and in Epirus. Wind northwest, force 4-6.

The rest of the country has generally clear weather. In the rest of the country, a south-south-east wind will blow, with a force of 3-5 points, in some places in the west up to 6 points. The temperature will rise slightly and reach 29-32°C, and in places 33-34°C – in the central and southern parts of the mainland and in Crete.

In the Ionian Sea and on the mainland, a temporary increase in cloudiness is predicted due to local rains in the north and mainly in the west, where sporadic storms will occur. From the evening hours, the phenomena will weaken. In other areas, there is little cloudiness, which will gradually increase.

The temperature will drop slightly in the west, in the center and in the north of Greece.

Local cloudy, local rains in the east and south. North wind force 4-6 on the Beaufort scale. The temperature across the country will drop by 5-6 degrees Celsius and return to normal values ​​for the season.