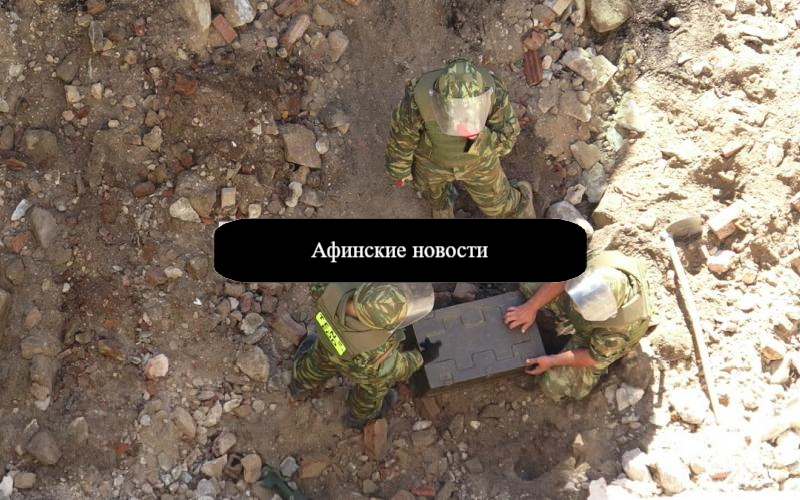 A total of six WWII-era shells were discovered at a construction site located on Leontos Sofou Street in the center of Thessaloniki.

The owner and operator of earth-moving equipment working at the site discovered 3 + 3 oxidized projectiles in 2 days (September 27 and 28) and once again initiated all the necessary procedures for their removal and neutralization.

“The first one I noticed early in the morning at 8:00, the second around 10:00 and the third just before 12:00. There is no end to this…”, said the owner and operator of earthmoving equipment Angelos Fratsidis in an interview with the Athens-Macedonian news agency, and emphasized that “the latest shells found are identical to the previous ones, these are oxidized shells, 33 cm and 81 mm in diameter, preserved in the ground from times of World War II. They are all in the same place, which suggests that there should have been an ammunition depot here.”

“I am especially worried because, as everyone shows, there will definitely be other explosive objects here. The military is constantly here, observing the work being carried out on the spot,” he said.

The construction site contained a three-story apartment building built in 1954 and demolished in 2004 (but all this could fly into the air at a fatal moment!).

The area around the construction site has been cordoned off by police since early morning. The sappers have already arrived at the scene to safely deliver the shells to the range for disposal.