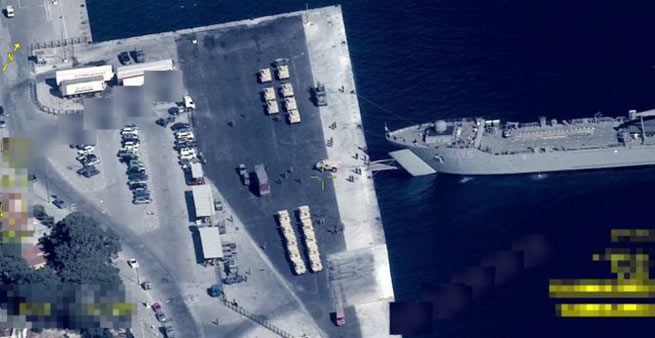 “You think that the support that comes to you from the US and from Europe can save you. They will not save you,” the Turkish president said.

Turkish President Tayyip Erdogan once again spoke out against Greece in his speech.

Erdogan talked about the accumulation of weapons in Thrace and on the islands, which, according to him, “mean nothing to Turkey”, but ironically added that “you can just skate with them”: “The weapons accumulated in Western Thrace and on the islands means nothing to us. Our strength is far greater than theirs. We remind you that this means the secret occupation of the country in question.”

At the same time, he opposed the United States and EU, stating that their support for Athens will not save Greece: “You think that the support that comes to you from the US and from Europe can save you. They don’t save you. No. You can only skate with them.”

He also raised the issue of the Turkish minority in Thrace and addressed the Greek Prime Minister Kyriakos Mitsotakis and the President of the Republic, Katerina Sakellaropoulou, urging them to “come to their senses”: “In Western Thrace, any club or school that is concerned that the term ‘Turk’ is being used, I want to send a message to Greece to the prime minister and their president, come together.”

“With all our hearts we want peace and tranquility. Besides our country, we want stability and security in our region. We want to resolve our differences through dialogue within the framework of international law and justice,” he said.

Greece is moving armored vehicles to the demilitarized islands in the Aegean Sea, Turkish intelligence released this information.

We are talking about two islands – Lesvos and Samos, according to Turkey, having a demilitarized status in the Aegean Sea. A Turkish TV channel showing satellite imagery said: “Greece’s actions are unacceptable and run counter to the two countries’ partnership in NATO.”

The Turkish Foreign Ministry has summoned the Greek Ambassador in connection with Ankara’s accusations that Athens is violating the demilitarized status of the islands in the Aegean Sea. It is reported by TASS with reference to the Turkish TV channel NTV. According to him, the ambassador was required to “put an end to the violations on the islands and restore their demilitarized status.”