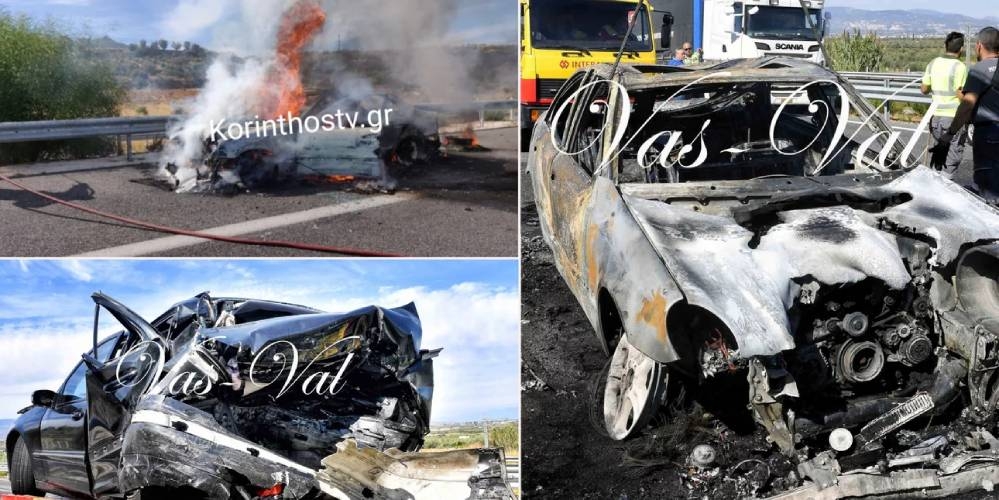 According to local media, the accident occurred around 11 am, involving three cars.

It all started with the fact that the taxi caught fire, for unknown reasons, at about 89 km NE of Athens-Korinth, in the direction of Athens.

As soon as the driver noticed the fire, he immediately stopped on the right and parked in a special LEA lane so that he and two other passengers could get out of the car.

Just a few seconds later, a car passing by the taxi fire in the direction of Athens reportedly slowed down to understand what was happening and if anyone needed help. The fatal accident, unfortunately, was not long in coming, as the driver of the third car, following the second (and slowing down), did not notice that the vehicle in front slowed down, resulting in a collision.

In an accident that collided with the second and third cars, both drivers died instantly. Firefighters arrived at the scene to begin removing the bodies from the wrecked cars.

According to the information, both the driver and two taxi passengers managed to get out on their own and avoid the fate of the other participants in the accident.