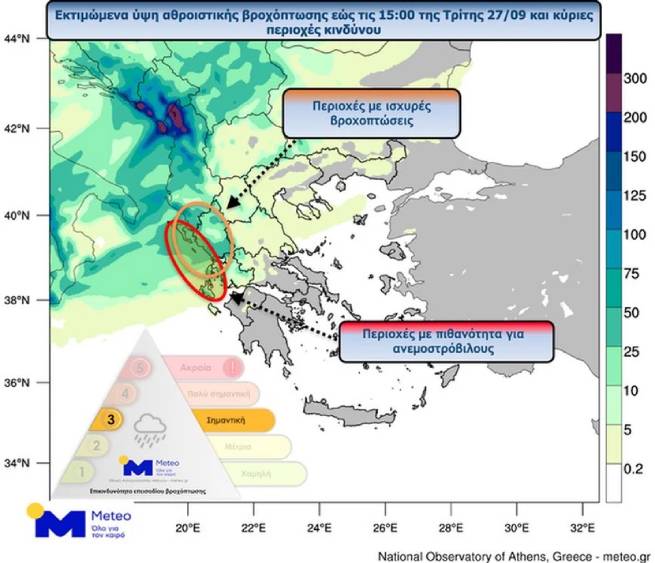 Meteorologists warn residents of Greece about the arrival of a cyclone called Bogdan in the country. Bad weather will hit Greece in the next few hours. Three regions of the country require special attention due to the high possibility of tornadoes.

As reported, in the Ionian Sea, as well as on the coast of some areas of Epirus and the western part of continental Greece, on Tuesday morning (September 27) – in addition to storms – tornadoes may fall, and hail is also possible.

According to the latest weather forecasts from the National Observatory of Athens/meteo.gr, heavy rains and storms are expected in the west-north-western parts of our country from the evening hours of Monday 26 September. The bad weather will continue until noon on Tuesday 27/09.

In detail, from the evening hours of Monday 26 September: