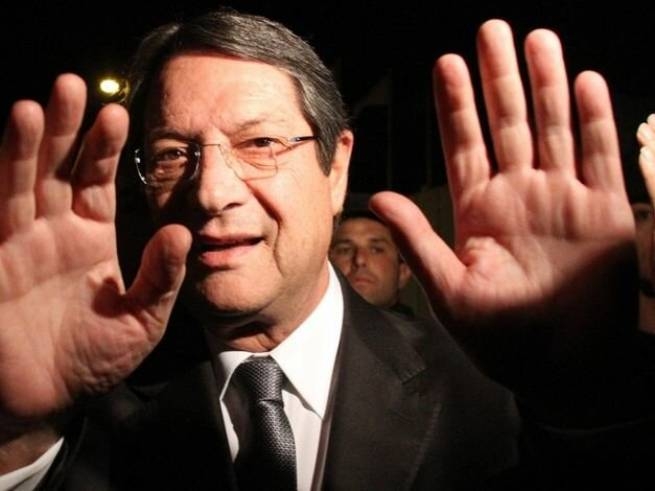 Cyprus canceled a meeting between President Nikos Anastasiadis and Russian Foreign Minister Sergei Lavrov after Putin’s address on Wednesday and the decision EU on the ban on bilateral meetings with representatives of the Russian Federation.

The meeting, writes Cyprus Mail with reference to a representative of the government of Cyprus, was to be held on Thursday night in the framework of the UN General Assembly. As the broadcasting corporation CyBC noted, Cyprus intends to join the measures that the West plans to introduce against Russia in response to the decision to hold referendums in four Ukrainian regions – Donetsk, Luhansk, Kherson and Zaporozhye. Cypriot Foreign Minister Ioannis Kasoulides says:

“This issue is seen as particularly serious, there will definitely be many reactions, possibly with new sanctions.”

Cypriot government spokesman Marios Pelecanos said GreekReporter, that the meeting between Anastasiadis and Lavrov was canceled due to the EU’s ban on bilateral meetings with Russian representatives, and Cyprus supports all EU decisions, as it is necessary to “go together.”

Pelecanos spoke about the extraordinary meeting of EU foreign ministers held the day before in New York, in which Cypriot Foreign Minister Ioannis Kasoulides also participated. The situation in Ukraine was discussed, quotes representative of the Cypriot government “RIA Novosti”:

“EU guidelines have been put in place to avoid bilateral meetings with Russia. Therefore, given this approach, we decided to cancel the meeting with Mr. Lavrov, which was planned in advance.”

As the Russian news agency writes, on September 21, Russian President Vladimir Putin made an appeal about the situation in the Donbass and the course of the special operation. He stated that Moscow would support the decisions of the referendums in the DPR, LPR, Zaporozhye and Kherson regions and announced a partial mobilization in Russia, calling it a solution that is fully adequate to the current threats.

Sergei Lavrov arrived in New York on Wednesday to attend the 77th session of the UN General Assembly. The minister’s flight from Moscow to his destination took 12 hours, taking into account the overflight of “unfriendly” countries. The minister is banned from entering the United States due to sanctions, but he was issued a visa. Maria Zakharova, spokeswoman for the Russian Foreign Ministry, said earlier that Lavrov was scheduled to speak at a meeting of the General Assembly and about 20 bilateral meetings in New York. The Russian Foreign Ministry said that the German and French foreign ministers had asked to meet with Sergei Lavrov.