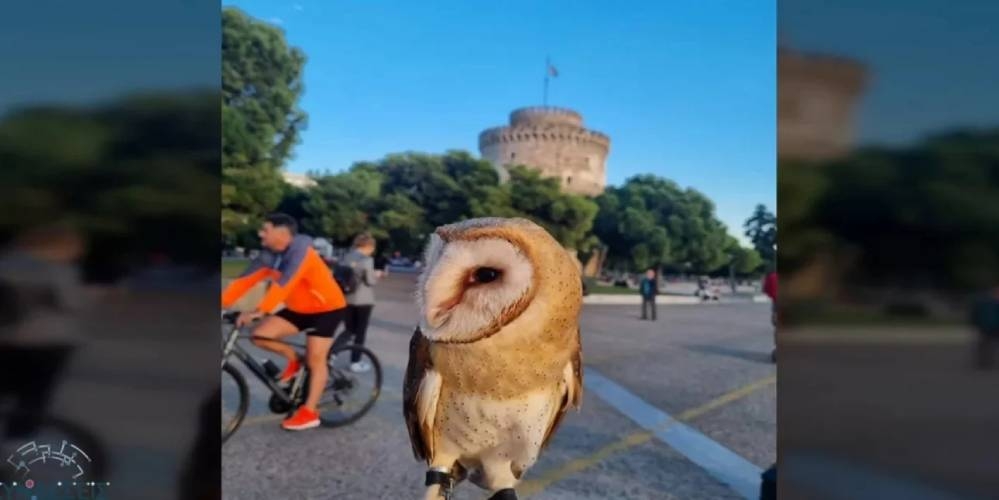 The reaction to a man who went to the center of Thessaloniki for a walk with an owl chained to his hand was very mixed.

After the publication of photos and videos on social networks, serious disputes broke out between environmentalists and citizens who are trying to defend their opinion about “observance of human freedoms in all its manifestations.”

As it became known, a man was walking along the square near the White Tower (Λευκός Πύργος) in Thessaloniki with an owl sitting on his arm. The bird was chained up. According to ERT, comments on social networks flared up, so you can’t appear in public space with a nocturnal predator, and this requires a special permit, which must be purchased either from a bird breeder or abroad (where the individual was brought from).

Animal welfare organizations are already looking into who might be the bird’s owner, while a complaint has been filed with the local police station (Α.Τ του Λευκού Πύργου).

An owl sitting on the hand of a strolling city dweller belongs to the ash-glaucid order (πεπλόγλαυκων). It is widespread on all continents, and in Greece it can be found in fields and other open areas, in farmhouses and old buildings, stables, barns and abandoned buildings.