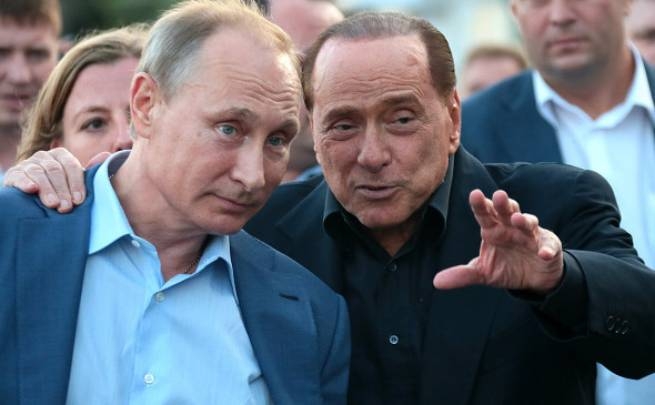 As writes “EUROPEAN TRUTH”, referring to the Reuters agency, the Italian ex-prime minister resonated with his statement about Putin’s invasion of Ukraine on the eve of the parliamentary elections to be held on Sunday. His Forza Italia party belongs to the right-wing coalition and is expected to win elections on Sunday and form a government.

Speaking on the Rai TV channel, Berlusconi, well known for his friendship with the Russian president, said that “Putin was pushed into the war against Ukraine by the Russian people, the party, his ministers.” Allegedly, Russia’s initial plan was to capture Kyiv “in a week”, replace the democratically elected President of Ukraine Vladimir Zelensky with a “government of decent people” and withdraw Russian troops in another week. Berlusconi, 85, says:

“I didn’t even understand why the Russian troops were dispersed throughout Ukraine, although, in my opinion, they should have remained only around Kyiv. Putin got into a really difficult and dramatic situation.”

According to the former Italian prime minister, Moscow’s decision to invade was taken in response to an appeal from pro-Russian “separatists” in eastern Ukraine. Their leaders turned to the Kremlin and told Putin bluntly: “Please protect us, because if you don’t protect us, we don’t know how this can end.”

Berlusconi’s statements and position seriously alarmed politicians – they fear Italy’s turn towards Russia after the elections. Enrico Letta, leader of the centre-left Democratic Party, says of Berlusconi’s remarks on RAI:

“These are scandalous and very serious words. If the result on Sunday evening is favorable for the right, Putin will be the happiest person.”

Carlo Calenda, leader of the centrists and another contender in the election, noted:

“Yesterday Berlusconi spoke like Putin’s general, this is absolutely outrageous.”

Mateo Salvini, leader of the Liga party, which is part of the right-wing alliance along with Berlusconi’s party, assures:

“We will do everything to stop the war when we are in government. But earlier everyone had a positive opinion about Putin, and now there is no excuse for those who invade.”

After such an active criticism of opponents, Berlusconi on Friday issued a statement in which he noted “too simplistic presentation of his views.” He notes:

“It was enough to see the entire interview, and not just an extrapolated, overly simplified phrase, to understand what my thoughts are, they have long been known. Aggression against Ukraine is unjustified and unacceptable, the position (of the Forward Italy party) is clear. We will always With EU and NATO.

Earlier, Silvio Berlusconi said that he would like to mediate in the negotiations between Ukraine and Russia.