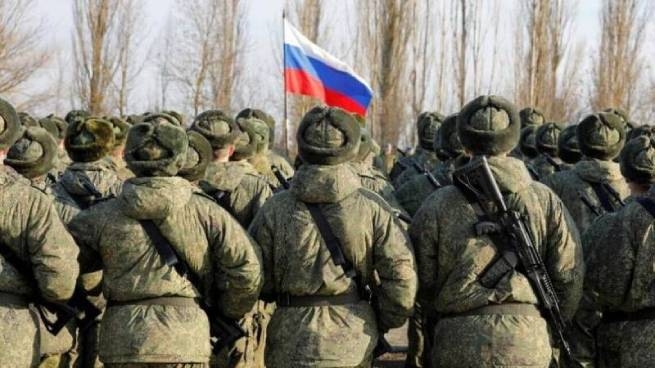 Should the Russians return home after the announcement of partial mobilization? Many of them live in other countries, including Greece.

About this exclusive material BB.LV.

Published yesterday morning Decree of the President of the Russian Federation about partial mobilization in social networks have already tried to present as a decision on total mobilization. A topical question for many arose: what should those hundreds of thousands of citizens of the Russian Federation who permanently or temporarily reside abroad do? And also, can Russians of conditionally military age leave for other countries after the decree comes into force?

The decree of the Russian president contains a reference to three laws. As follows from these documents, partial mobilization, as the head of the Ministry of Defense Shoigu later stated, affects only those who served in the armed forces and have an appropriate military specialty. Or he graduated from a university with a military department and was enrolled in the reserve of the Armed Forces. Those who did not serve in the army and were not in the reserve will not be mobilized. As far as one can understand, those Russians who are not registered in the Russian Federation and permanently reside outside the country will not be affected by the mobilization.

As writes air force, the reserve also includes the so-called “mobilization manpower reserve”. These are reserve servicemen who have signed an agreement with the Ministry of Defense. According to its terms, in peacetime, they participate in military training and training, maintaining their average salary and receiving additional payments, and in the event of a declaration of martial law, they independently arrive at the military unit to which they are assigned. Their mobilization will affect in the first place.

The Russian government has not yet adopted a resolution on the grounds for deferment from mobilization. Presumably, those who are not subject to conscription for health reasons, who were convicted of serious crimes, employees of strategic enterprises, carriers of state secrets and other categories of citizens will be released.

Is it possible now to go abroad from mobilization? Even Putin’s press secretary, Dmitry Peskov, does not yet know the answer to this question. To the request of journalists for clarification about the possibility of closing the borders for those subject to partial mobilization, he replied:

“I can’t answer this question right now. You know that there are different provisions on this subject in the current laws. Let’s have a little patience. Explanations will follow on this matter.”

Russian Defense Minister Shoigu said that partial mobilization would make it possible to attract about 300,000 people. Probably not everyone will be sent after training to the war in Ukraine – some of them will go to serve in various auxiliary formations of the Ministry of Defense. To release more prepared ones to be sent to the front.

However, in any case, mobilization, even partial, actually means that Putin is not ready to end the war. Should we expect an influx of potential “political” refugees, men of military age? Hardly. Many do not even have passports to cross the border, not to mention the Schengen visa. Yes, and Russian border guards will not allow people of military age to cross the border if they cannot present a certificate of deferment or exemption from mobilization, writes BB.LV.