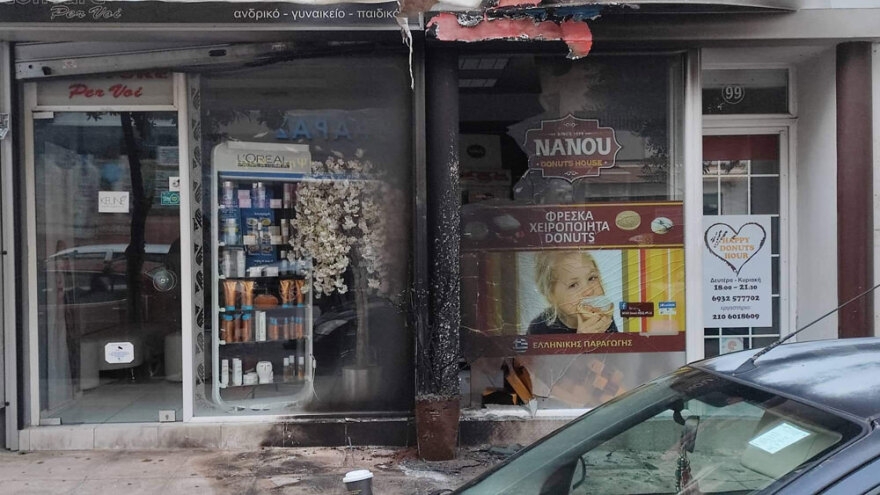 The fire broke out in two shops in Kallithea when unknown people planted an incendiary device on Dimosthenus Street early this morning, causing material damage to the infrastructure.

According to the latest information, the attackers smashed the window of a donut shop and threw an explosive device into the premises. As a result, the fire spread to a nearby store.

The remains of explosive equipment (such as firecrackers) were found at the site of the fire. So far, there is no clear enough picture of the motive for the attack on the catering enterprise. Law enforcement agencies are collecting video footage from surveillance cameras in the area, trying to establish the path and movements of the attackers.

Supposed versions: they didn’t want to pay the mafia for a “roof” (and were punished, as an example to intimidate the intractable), or with the situation in Russia and Ukraine (depending on who was the nominal owner of the donut shop, possibly Russian).