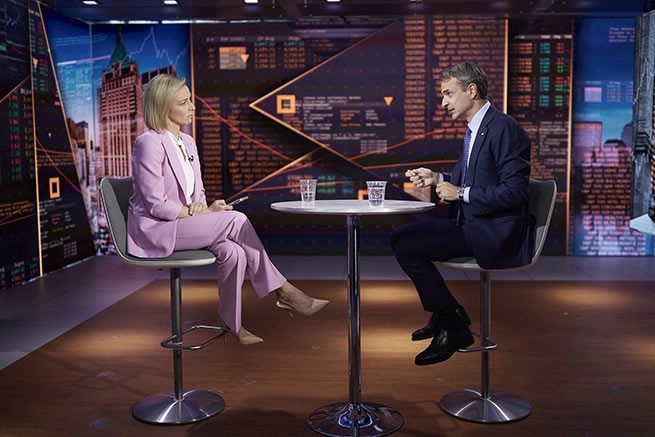 A few days after “declaration of war» Former Minister Dora Bakoyannis of Russia, the baton of his sister was continued by the current Prime Minister Kyriakos Mitsotakis, finally placing Greece in the framework “enemies” of Russia.

Speaking on Bloomberg, citing Turkey and R.T. Erdogan, he said that “we don’t need another source of geopolitical instability in the Eastern Mediterranean when we are at war with Russia and we are trying to support Ukraine.”

Watch the full interview with K. Mitsotakis with emphasis on 9:39

In fact, the Prime Minister of Greece officially declares that the country he leads is at war with Russia!

While Greece, on the one hand, sells weapons to Ukraine and fully supports sanctions against Russia, on the other hand, buysand also actively participates in the trade and transportation of Russian coal, oil and gas.

As we reported earlier, in response to the words of the Prime Minister’s sister, former Foreign Minister and now an influential member of parliament, Dora Bakoyannis, that “Greece is at war with Russia”, the Kremlin answeredthat “Russia did not declare war on Greece”, implying that we are talking about a unilateral declaration of war by Greece.