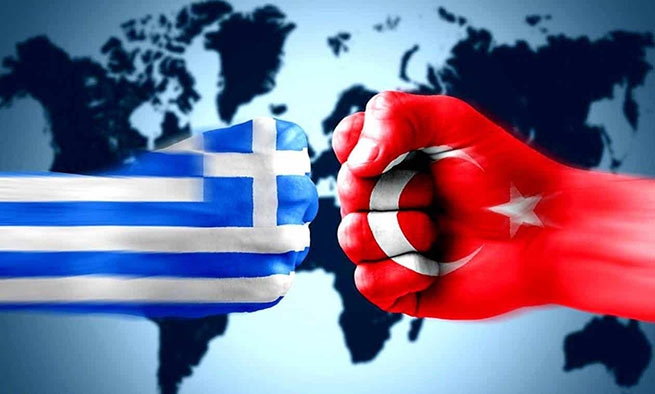 The Turkish opposition, in the pre-election period, takes more extreme positions in Greek-Turkish relations and calls on Turkish President Recep Tayyip Erdogan to act, not talk about our Greece.

Thereby reinforcing the inflammatory rhetoric that creates an explosive climate. It was the Turkish opposition that was the first to accuse the “Greek occupation” of 18 islands, and the president CHP Kemal Kilicdaroglu called for a number of years to take a stand and take the initiative.

In the context of the rhetoric against Greece, the son of the former Turkish prime minister Necmettin Erbakan and leader New welfare parties (Turkish: Yeniden Refah Partisi, YRP) Fatih Erbakan also took the stand, promising to prevent the Greek flag from flying on the occupied islands of the Aegean.

The son of the former Turkish prime minister lashed out at Athens and Erdogan, speaking of “18 islands and rocks illegally occupied by Greece”, saying that “our country has been under Greek occupation for many years, but they still say: “We can come suddenly overnight. “When we return to power, we will not leave the Greek flag on these islands and on these rocks, as our master Erbakan ordered the peacekeeping operation in Cyprus.”

Fatih Erbakan, taking the same position as Kilicdaroglu before him, said, addressing Erdogan: “This night has not come for 20 years … In the Aegean Sea, they occupied our land, put up soldiers and flags. Why don’t you take against them necessary measures?”

Erbakan has not failed to challenge the Turkish President to also offer to close the US base in Incirlik.

“In 2020, an indulgence was made, and from 2023 they completely lifted the arms embargo of the Greek Cypriot administration, liberalizing the arms trade. Embargo against the Turkish Republic of Cyprus[снято]? No, it continues. What is happening, tell me, for God’s sake? The Ministry of Foreign Affairs issued a message saying: “We strongly condemn this.” I already do it. With condemnation? As a government, you must take one step at a time. What step to take? You go and close the US Incirlik Air Base in Adana“, – he said.

New welfare party also supports scenarios of a short-term Greek-Turkish conflict, in which she claims Washington plans to test modern US Air Force aircraft against Russian S-400 aircraft that Ankara has.

This scenario is reported in the Turkish media by the deputy chairman of the party, Professor Dogan Aydal, stating that “especially in recent years, the US has taken the position that they want a short Turkish-Greek conflict in the Aegean. Perhaps they want to test the power and effectiveness of the upgraded aircraft F-16s and F-35s provided to Greece against Turkish S-400 missiles.”

Aidal also warns that the Aegean must not be allowed to become Greek. He argues: “Turkey should take this issue seriously. If a few more islands in international waters are brought to a fait accompli and occupied, the Aegean Sea will inevitably turn into the Greek Sea.”

In this context, he calls on Erdogan to close the front in Syria so that when the conflict with Greece begins, there will be no threats from the Kurds against Ankara.