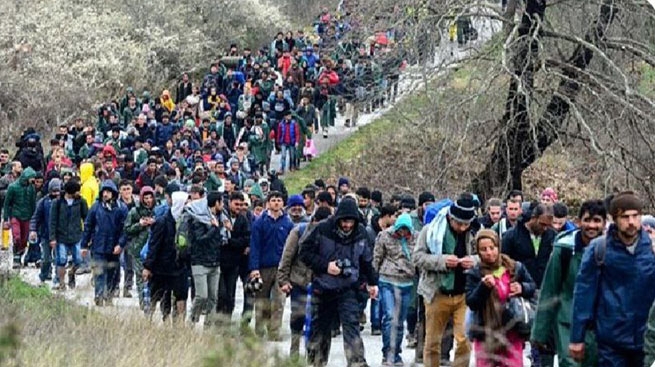 A “caravan of light” made up of 100,000 mostly Arab migrants based in Turkey announced last night on their private telegram channel that they would attempt an invasion across the Hellas border on Friday if all went according to plan.

The organizers of the “caravan” chose Adrianople, a border town not far from Hellas and Bulgaria, as the starting point for an illegal attack on the border.

Adrianople (Edirne), located next to the infamous border crossing Castagnawhere in March 2020 tens of thousands of migrants tried to break through to Greece.

After the invasion of Hellas, a caravan of 100,000 illegal immigrants intends to move north through the Balkans and eventually to Western European countries such as Germany, France, Sweden, the Netherlands and the United Kingdom.

On September 22 alone, 1,500 illegal migrants tried to enter Greece, but were repulsed by border guards, according to the Ministry of Citizens’ Protection.

Greek experts do not rule out that along with the “caravan” that Erdogan is pushing hard into Europe, the “Grey Wolves” militants, who took an active part in breaking through the border in March 2020, will also try to enter Greece.