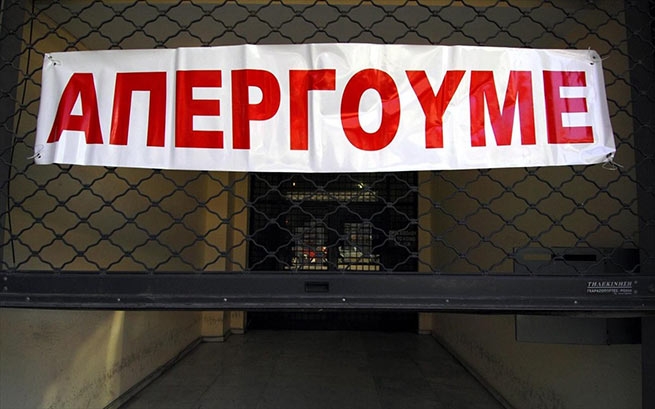 The Athens Court of First Instance ruled today that the 24-hour strike called by the EKA, which involved eight ΣΤΑ.ΣΥ. unions, was illegal. The management of ΣΤΑ.ΣΥ appealed to the court, filing a lawsuit at noon on Tuesday 09/20/2022, which was heard the next day.

According to the reasoning of the decision, the strike was declared illegal due to non-compliance with the conditions for its holding, provided for by the relevant legislation: notification of the requirements and the reasons justifying them, four days before the start of the strikethe allocation of the necessary personnel for the protection of the company’s facilities, and the prevention of disasters and accidents (“Security Personnel”), the allocation of personnel to meet the basic needs of society during a strike (“Minimum Personnel”).

In the same time the strike was declared illegal on the grounds that, on the one hand, it caused significant financial damage to the company, and on the other hand, it took place on the day the relevant bill was adopted, despite the fact that it had been submitted for public discussion since August 6, 2022, when there was time for expressing the views of trade unions before the management of the company. Instead, the last resort was chosen – a strike, already in fact after, despite the obviously negative consequences and material damage.

It is noted that yesterday the streets of Athens were crowded with private cars due to the strike of public transport workers. There were huge traffic jams on most of the main roads, and the drivers had to use all their patience, accompanied by strong words about the unions, to get to their destination.

As we reported earlier, Panagiotis Kontogiannis, President of the IΣAP Workers’ Union explained ad The 24-hour strike is a last minute mistake.

“This is a mistake, we should have announced strike before“, he told radio station Parapolitika 90.1 Fm:

“We should have gone on strike earlier, it just happened to coincide with the weekend in between, and maybe that’s the reason.” Society had to be prepared, people had to know, because it concerns the whole world. I understand the inconvenience that may be caused to society, I apologize to our passengerswithout explaining why today’s strike was not announced at least on Monday.

However, his explanations were so vague and inconsistent that there is doubt about the adequacy of the initiators of this strike. Either the leaders of the trade union “sat down, drank and decided”, or they had other thoughts on this topic, which they did not voice.

PS We do not deny the right of workers to lag behind their rights through strikes and rallies. But the general strike in transport hits, first of all, the same workers and employees who see in the activities of trade unions a violation of their rights to public transport. In fact, the trade union movement is being discredited, which in Greece is not distinguished by “chastity” anyway.