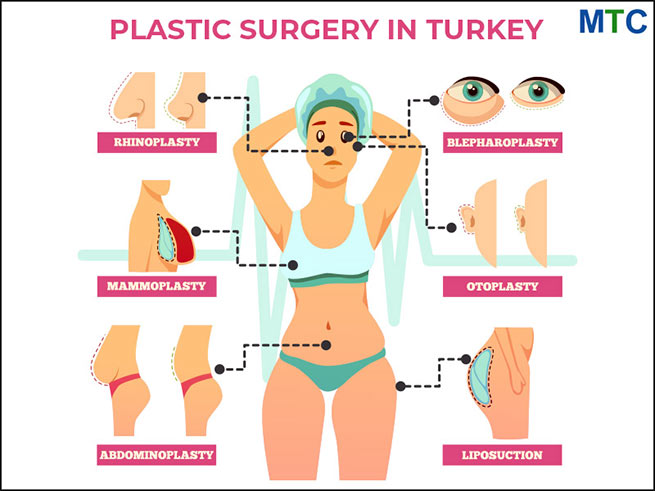 A 53-year-old British woman decided to undergo a breast augmentation after losing weight. However, the prices in her homeland seemed too high to the woman, and she went to Turkey, which is a Mecca for people who want to get cheap plastic surgery.

The plastic surgery market in Turkey is known to be booming. The main reason is that prices in this country are approximately 1/3 of those in Europe and North America. Walking through the bustling Taksim Square in Istanbul, you can see so many people with obviously corrected noses and heads (hair implants) that one wonders if they pay for it or do it for free.

Samantha Kay also started researching prices and ended up in Turkey, where the price for two plastic surgeries (breast and arms) was half that in the UK. But the result was comically tragic!

The surgeons at the operation were probably drunk or stoned, or perhaps they misunderstood something … As a result, the poor woman was inserted with two breast implants, but her nipples and loose skin underneath hung down like another breast.

The British woman admits her mistake, but too late: “In the UK, this operation costs about £8,000, but in Turkey it would cost half as much. I spent hours searching the Internet for surgeons, doing research, reading testimonials and reviews. I didn’t think I was taking a risk.

I flew to Turkey with my husband John and met with the surgeon of my choice. He seemed professional, but when I told him I wanted a size 3 breast, he said it was too big and that he would make me a size 2. I was worried about his manner, but I figured it was the language barrier.”

Samantha’s package included hotel accommodation before and after the procedures.

“When I woke up from the operation, I was lying in bed with a bandage on my chest. I tried to turn on my side, but I was sweating from the agony. I could hardly stand the pain. They had to check my vital signs during the night, but no one did not come”.

Seven days later, Samantha got on a plane and returned to the UK.

“The pain continued and I was terrified when the bandages were removed. I had two implants, but the nipples and loose skin underneath hung down like a breast. They completely ruined the operation.

Over the next few months, my breasts got progressively worse. One breast was raised, the other lowered. I couldn’t believe what I did“.

Luckily, Samantha had health insurance and was compensated with £2,000. Last month, she managed to raise enough money to find a surgeon in the UK to fix her breasts. The cost of the operation was £8,500…