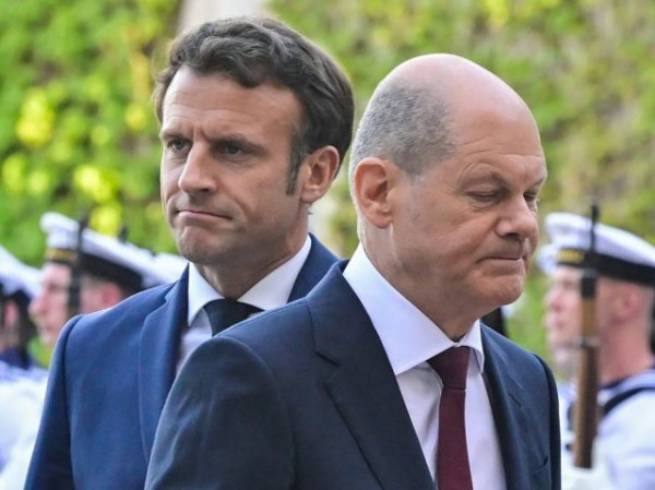 The West called the plans of the Russian Federation to hold “referendums” on the temporarily occupied territory of Ukraine “the agony of the regime.”

Jake Sullivan, US national security adviser, said the United States will never recognize Russia’s annexation of the occupied territories of Ukraine and will make Moscow pay a price if it tries to do so:

“These ‘referendums’ are a disregard for the principles of sovereignty and territorial integrity that lay the foundation of the international order and underpin the UN Charter. We know that these ‘referendums’ will be full of manipulation and that Russia will use them as an excuse to annex territories – now “Let me be clear: if this really happens, the US will never recognize Russia’s claims to the territories that it tries to annex. And we will never recognize these territories as anything other than the territory of Ukraine.”

He stressed that “referendums” would not give Russia any advantage in negotiations with Ukraine: “Just the opposite: this is the action of a country that has failed – military and diplomatic.”

“Pseudo-referendums have no legitimacy and do not change the nature of Russia’s war of aggression against Ukraine. This is a further escalation in Putin’s war. The international community must condemn such a flagrant violation of international law and step up support for Ukraine.”

AT EU believe that the introduction by the Russian State Duma of criminal liability, more appropriate during a full-scale war, as well as the holding of so-called “referendums” in the occupied Ukrainian territories, is a sign of the Kremlin’s “nervousness” due to failures at the front. A senior European official, now in New York, said:

“For me, this means nervousness in Moscow, I think, because of the backlash at the front. As for the referendum, this has been in the air for several weeks, and in the end they will try to do it in order to achieve at least some success, but by no means will it be legal.That’s how I understand it.The EU continues to cooperate with the US,UK,Japan and others.I’m not waiting for announcements here in New York, but there will be a meeting of the European Council in October, where there will be progress on sanctions and military support.”

“This is another provocation that, in our opinion, will have no consequences for our position: Russia must withdraw from the territory of Ukraine and respect the recognized borders. The organization of referendums in the territories affected by the bombing, where people were forced to hide, is a sign of cynicism “.

German Chancellor Olaf Scholz in an interview with journalists: “It is clear that these fictitious referendums cannot be accepted. They are not subject to international law and agreements reached by the international community.”

Poland and the Baltic States

Andrzej Duda, President of Poland, called the pseudo-referendums planned in the occupied territories of Ukraine worthless:

“Poles, especially older ones, don’t need to be told what they are worth. They are worth nothing. The truth is that the result is determined in the Kremlin, not by voting. It doesn’t really matter who votes. From a democratic point of view, this is a mockery, and we this is how we approach it. I hope that in the international sphere no one will attach importance to this, because there is zero confidence in these results. I am in constant contact with President Volodymyr Zelensky. I shared my observations and knowledge, and also spoke about expectations in our parts of Europe and how this Russian aggression could end. I said that this should mean the withdrawal of Russian troops and the return of Ukraine to its internationally recognized borders. This is a condition for us in Europe to feel calm, considering also the experience Second World War”.

Estonian Prime Minister Kaja Kallas said that the intention of the Russian Federation to hold pseudo-referendums in the occupied territories of Ukraine would have the opposite effect for Russia.

“Now we are in a situation where Putin, using the term poker, has gone all-in, and it is extremely risky to play in this way. By all-in, I mean, for example, the future and economic future of Russia. The so-called “referendums” in the occupied Ukrainian territories cannot even be called that: they aim to create a quasi-legal status that will provide quasi-legal rights to invade these territories.

The so-called “referendums” that Russia will hold in eastern Ukraine will never be accepted by Turkey, President Recep Tayyip Erdogan said in New York on the sidelines of the UN General Assembly session. He emphasized that “there will never be a triumph for war, and there will be no losers in a just peace process”:

“We are making great efforts to ensure that the war is ended by protecting the territorial integrity and sovereignty of Ukraine once and for all. We would like to appeal to all international organizations and countries of the world – support Turkey’s peace initiatives to resolve this dispute.”