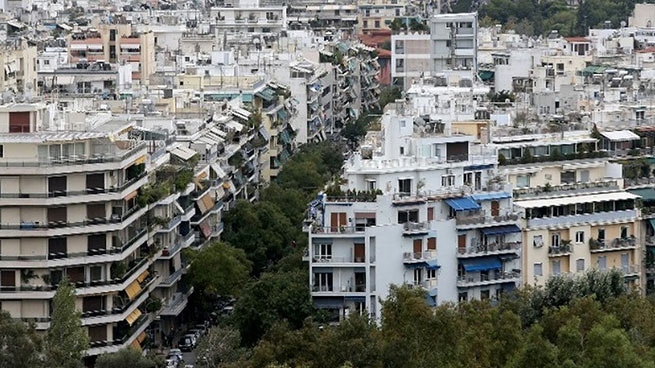 In the northern, southern and eastern suburbs of Attica, couples interested in the “My Home” program, which is designed for young people under the age of 39, will find it difficult to find suitable accommodation.

In the center of Athens, the western suburbs and Piraeus, the picture is comparatively better, but even there accessibility is limited. The above conclusions are based on data from the pan-Greek E-Real Estates network and based on website listings for properties from 75 sq. m to 120 sq. m, with a minimum of two bedrooms, above the 1st floor, with a year of construction before 2007, i.е. suitable for a new couple.

As we reported earlier, the Greek government announced a new “My Home” program by promising low or no interest loans for young couples who will live in renovated houses up to 120 square meters and worth up to 150,000, with a construction year up to 2007.

“Those facilities that have properties in accordance with the above characteristics are mostly facilities built before 1980, that is, they are at least 42 years old. there will be an increase in demand for areas with such properties and, possibly, an increase in asking sale prices,” says the president of the pan-Greek network E-Real Estates, Themistocles Bakas.

Details on how a “map” is formed with available properties that meet the specified characteristics in the regions of Attica.

The districts of the center with the highest level of accessibility are Kypseli, Pathisia, Agios Panteleimon, American Square, Attica Square, Agios Eleftherios and Kolonos. In the above areas, most of the fully refurbished properties are offered for up to 2,000 euros per sqm, while there are also some newer properties built after 2000 in areas such as Sepolia. In Ambelokipi, Pagrati, Goudi, Mets and Ilisia, there is almost zero availability.

Piraeus
Less than three out of ten houses (28.5%) with the above characteristics are listed for sale under 150,000 euros in Piraeus. 70.9% of existing houses were built before 1980, and 74.5% have an area of ​​75 sq. m to 95 sq. The areas of Piraeus with the highest accessibility are Kaminia-Palea Kokkinia (87.1%) and Taburia-Agia Sophia (69.6%). Low availability is recorded in the areas of Neo Faliro, Gallipoli-Freatida, Castella – Pasalimani and in the center.

Our publication decided to check the accuracy of the above data.

According to real estate website XE.GR, 5197 properties were found in central Athens alone that matched the specified requirements (link to check). Beginning with 40 800 euros, for 84m2ending with the specified decent apartment for 125,000 and 157 m2.

Surprisingly, even in the most expensive area of ​​the capital of Greece, Psychicwhere rich villas and embassies are located, for 140 000 decent apartments for sale built in 1984 87m2. And such proposals in the area – tens.