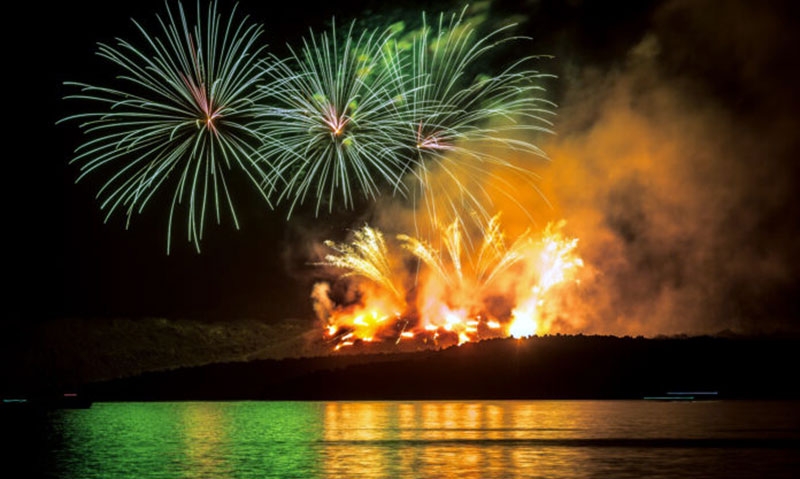 After a two-year pause due to the pandemic, the spectacular show “Volcanoes” has returned to the island of Santorini.

Using thousands of fireworks, the show “recreates” volcanic eruptions. Organized by the Municipality of Santorini, the South Aegean Regional Office and local organizations and bodies, Volcanoes 2022 has provided an unforgettable experience for the residents and tourists of Thirassia and Santorini.

Ifestia Festival (or “Volcano Festival”) passed on Nea Kameni, a small uninhabited island within the flooded caldera of Santorini on Sunday, September 18, 2022.

Despite being dormant, Santorini is an active volcano. Numerous minor to moderate, mostly effusive eruptions formed the dark lava sheets of Nea and Palea Kameni inside the caldera.

The last eruption occurred in 1950, and currently there is only fumarolic activity, mainly inside recently active craters.

The huge Minoan eruption of Santorini in the 17th century BC may also have contributed to the legend of Atlantis.