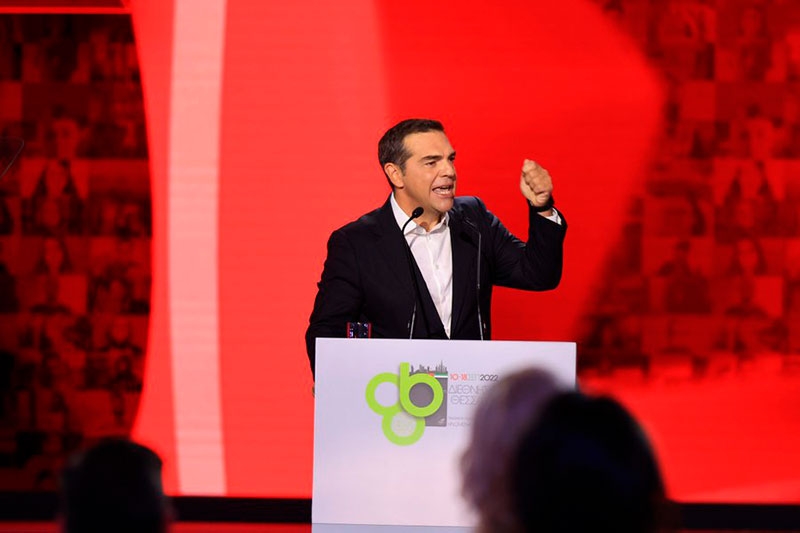 The leader of the main opposition party, the left wing of SYRIZA, Alexis Tsipras said on Sunday that when his party wins the election, he will renegotiate and renegotiate contracts for the Belharra frigates and the international training center in Kalamata.

Tsipras spoke to reporters at the Thessaloniki International Fair, which usually serves as a platform for parties to announce their agenda as the country enters an electoral marathon, albeit unofficially.

The revision of arms contracts should benefit the Greek defense industry, Tsipras added. The former premier argued that it was necessary to increase the combat power of the armed forces, which is why SYRIZA voted in parliament for several purchases proposed by New Democracy.

However, he objected to the purchase of additional Rafale aircraft and questioned the value of the contract with the Israeli company Elbit to build the International Pilot Training Center in Kalamata. “We criticize the government because it is pursuing an armament strategy without strengthening the Greek defense industry”– Tsipras emphasized.

“We consider it unthinkable and short-sighted to invest only in equipment to strengthen the combat forces. I do not want to enter into this discussion about strategy and diplomacy. Not a single screw will go into the defense industry while the taxpayer will pay billions of euros“, – he said.

“You cannot unilaterally rely on weapons, if you do not back them up with diplomacy, you cannot spend money on weapons and not support the Greek industry”he noted. “We will revise the contracts to change them and make them beneficial to the public interest,” – he said. And when asked what contracts he had in mind, Tsipras replied: “I mean contracts for frigates.”

The SYRIZA leader added: “I find it inconceivable that by allocating 14 billion euros for equipment, we do not take care of the basic needs of the human potential.“.