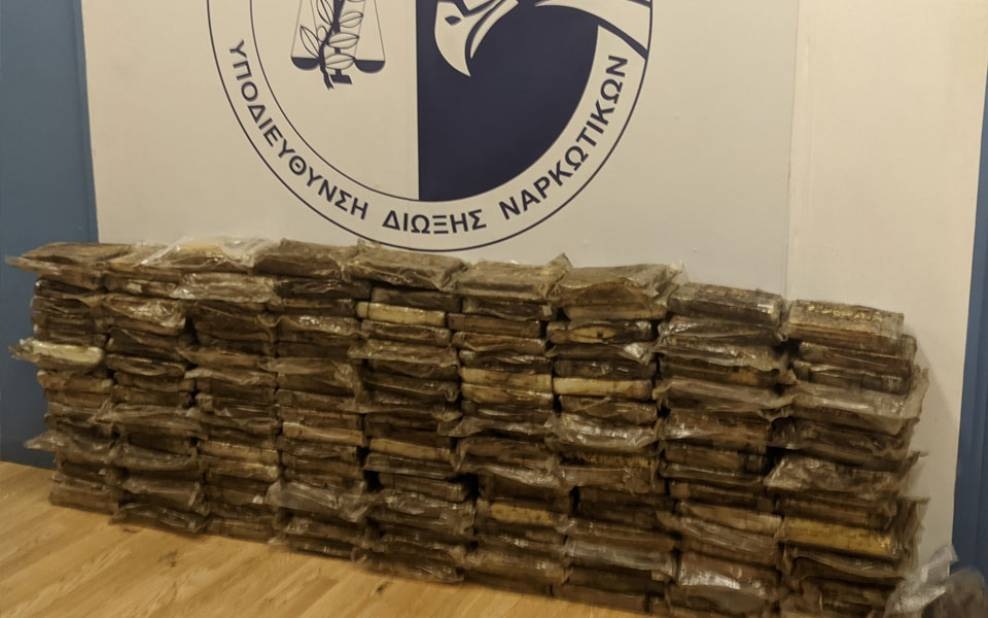 According to preliminary estimates, the cost of the “cargo” is estimated at 6 million euros.

The Drug Enforcement Subdivision of the Attica Security Directorate, after receiving information and in cooperation with the DEA of the US Embassy in Athens, in connection with the imminent importation of a large amount of cocaine from South Africa to Greece by sea in a container, managed to detect the “desired cargo” in the port of Piraeus and put him under surveillance.

In the morning hours of Monday (September 19), a general control of the refrigerated container was carried out with the participation of the 3rd Customs Directorate of Piraeus, the Office for Combating Drugs and Smuggling .Ο.Ε.).

The result of the check was the discovery in a specially arranged hiding place, equipped in the walls of the container, 160 packages of cocaine with a total weight of 173 kilograms 450 grams. The expected profit from the sale of the above amount of cocaine is estimated to exceed the monetary amount of 6,000,000 euros.