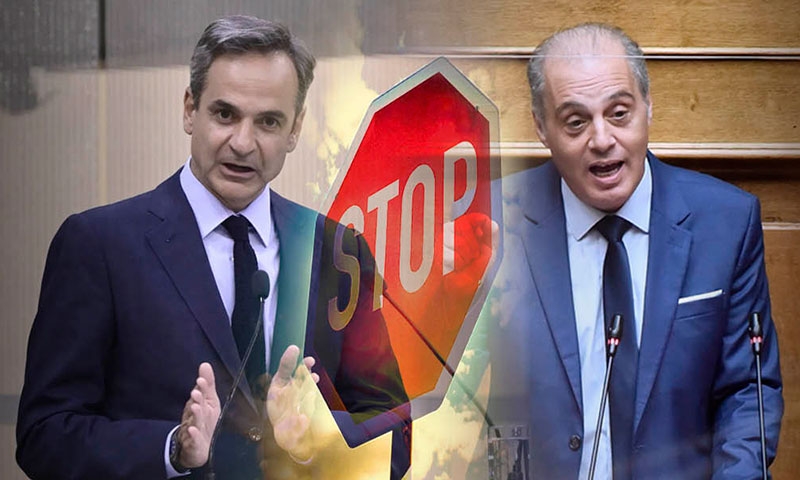 The Hellenic Solution party has said it rejects any scenario of cooperating with the ND after the election, “closing the door” to New Democracy politics and ending their hopes for a self-governing government.

It seems that one by one the ruling party is losing the possibility of a coalition with all other parties, as they themselves understand and now admit that the New Democracy has no chance of winning the parliamentary elections on its own, but it seems that now they are not finding anyone with whom it would be possible to form an alliance.

“The government and recently ‘opposition’ media are attempting to involve the Greek Solution in dark political scenarios that hark back to the darkest days of the post-communist era.

Seeing that the scenario of cooperation has collapsed with a bang, now ministers and “journalists” are hatching a plan of “apostasy”, approaching the highest point of political suffering.

The government and the official opposition judge by themselves. The Greek Solution and its members of parliament are true to their oath given to Greece and the Greeks, in unlike the supporters of “population replacement”, the shameful Prespes agreement and the robbery of citizens, politicians who are habitually mired in political quagmire and serve not national, but their own party and personal interests.

Therefore, we make it clear to every sick political brain that the Greek Solution, as a unified fist, will firmly go to the end. One against all.”

In this way, the “Greek Solution” responded clearly to Prime Minister Mitsotakis’ own disparaging remarks on ΤΗΘ about the possibility of post-election cooperation.