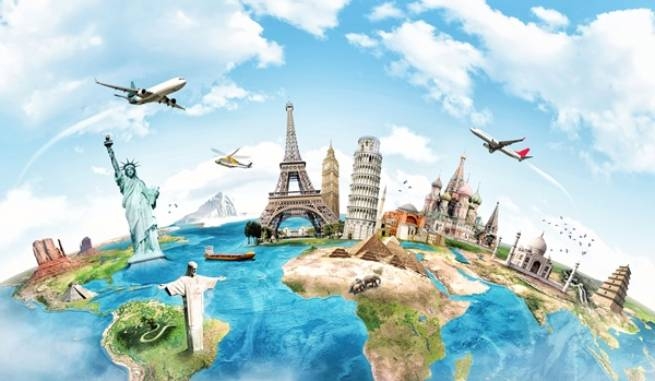 World tourism will change beyond recognition, according to the Oxford Economics Economic Trends Report for the World Travel and Tourism Council (WTTC).

According to the data presented in the report, the forecast for EU disappointing. It is assumed that in the next decade the main center of world tourism will shift to Asia, and China and India will take the place of the United States and Germany, which now top the list of countries with the largest tourism economies. BB.LV.

These studies show that so far the top three in tourism are the United States, China and Germany. The United States is still the leader, but in 2019 the contribution of the travel and tourism sector to the US economy has already decreased by $700 billion, and in 2021 fell below $1.3 trillion. So only for now the US remains number one in the global tourism industry, but leadership in the very near future will be challenged.

In second place is China, which continues to be in the top three, even despite the unprecedented covid closures. It ranks second in terms of the contribution of tourism to the gross domestic product (GDP) with $814 billion. According to experts, as early as 2032, China will top the list of leaders, and the contribution of the tourism sector to the country’s GDP could reach $3.9 trillion.

Germany is in third place, earning $ 251 billion from tourism. According to experts, India may soon ask her to “move up”, reaching a figure of $ 457 billion. Experts also predict a decrease in the UK and other “traditional Europe”.

Europeans still benefit from spending on tourism. If China, which is “not allowed to travel abroad” due to the pandemic, dropped from second to eleventh place, then France took the leading place in terms of international travel expenses, rising there from the fourth “pre-pandemic” place. Next on the list are Spain, China and the United States.