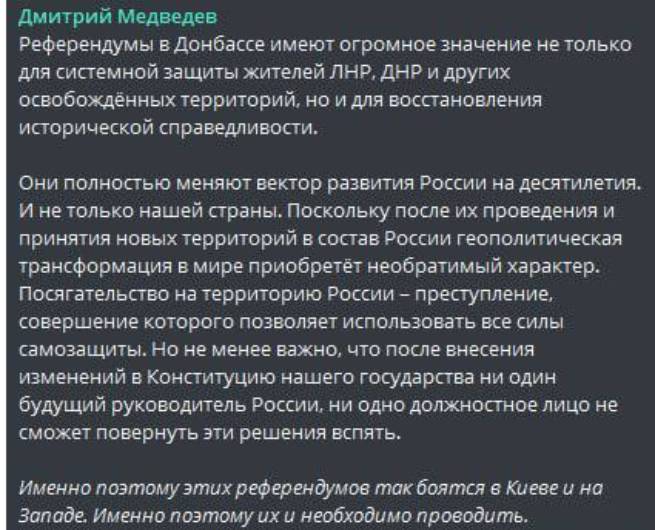 The topic of the use of nuclear weapons, whether by accident or on purpose, is increasingly heard at various levels in the Russian Federation.

Against the background of the discussion of “referendums”, the threats became more active, and they no longer sound in the form of hints, but in plain text. Just today there were several similar messages.

Deputy Head of the Security Council of the Russian Federation Dmitry Medvedev traditionally threatens and writes that “encroachment on the territory of Russia (which Moscow will consider the annexed Ukrainian lands) is a crime, the commission of which allows you to use all the forces of self-defense. After the amendments to the Constitution of our state, not a single future leader of Russia, no official will be able to reverse these decisions.”

Russian military commissar Rudenko says that after the “referendums” the Russian Federation “may launch a preventive nuclear strike to protect its territory.”