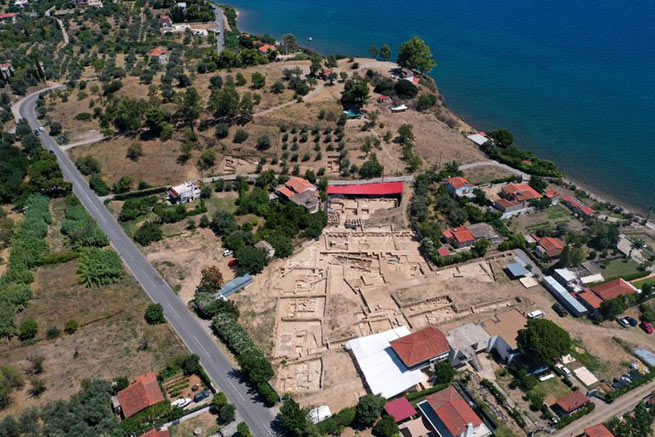 Greco-Swiss excavations at the Sanctuary of Artemis Amarisia have revealed important new discoveries in the history of the most significant place of worship dedicated to the ancient Greek goddess Artemis.

The sanctuary is considered the main center her cult and is located just two kilometers east of Amarynthos, on the island of Evia in Central Greece.

Important new finds were discovered during the Greco-Swiss excavations at the sanctuary of Amarisia Artemis, two kilometers east of Amarynthos. Following the discovery in recent years of a number of buildings from the classical and Hellenistic periods, the project now aims to study the archaic and geometric phase of the place of worship as well as the prehistoric settlement on the nearby hill of Paleoecclesia, in order to understand the first worship at the site and the reasons that led to the displacement of human activity from the hill. to the coastal plain where the sanctuary was founded.

This year, the excavation of the late Archaic temple continued and the excavation of the warehouse was completed, which was discovered in 2020 in the form of a foundation and contained hundreds of offerings. Several new installations from the Geometric and Archaic periods were found, as well as excellent finds. In various places, especially around the horseshoe-shaped altar of the earlier phase of the temple, finds prove that in the second half of the 8th century BC. there was already a cult. Some walls of one building belong to this phase. Research also continued on the foundation of the first archaic temple and its sanctuary. There were found bronze bowls, ornaments such as a faience scarab seal on a silver ring, two bronze shields, and iron objects such as double axes that could be associated with sacrifices. 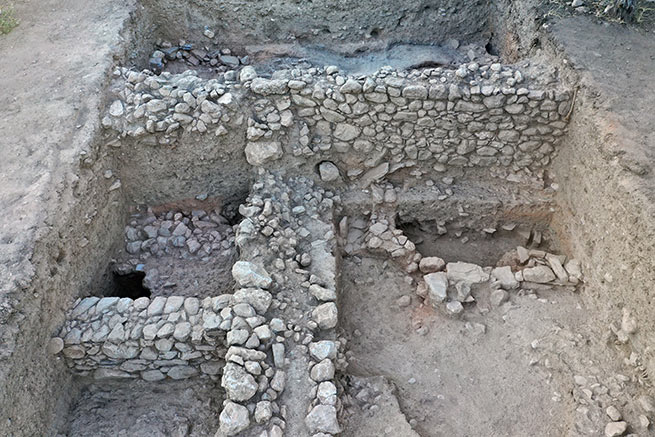 In different places, and especially around the horseshoe-shaped altar of an older phase of the temple, the finds prove that in the second half of the 8th century. BC. already had a cult.

Some walls of the building belong to this phase. In addition, research continued on the foundations of the first archaic temple and its innermost or most secret part of the temple, the sanctuary. 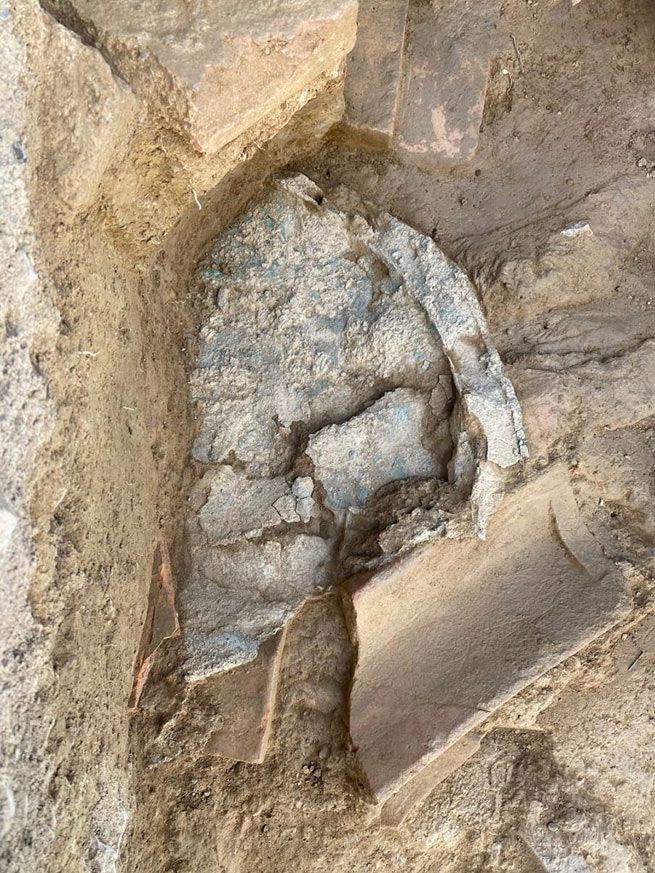 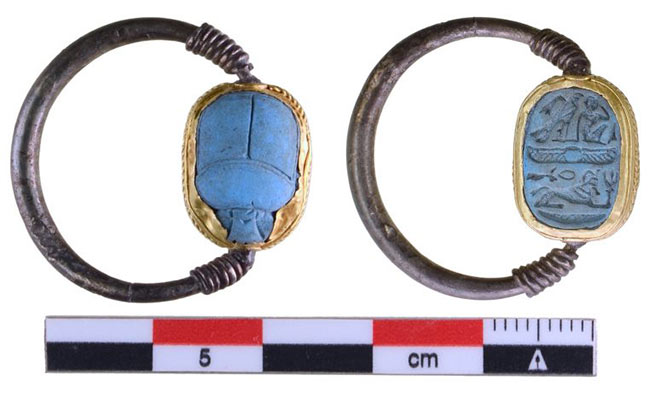 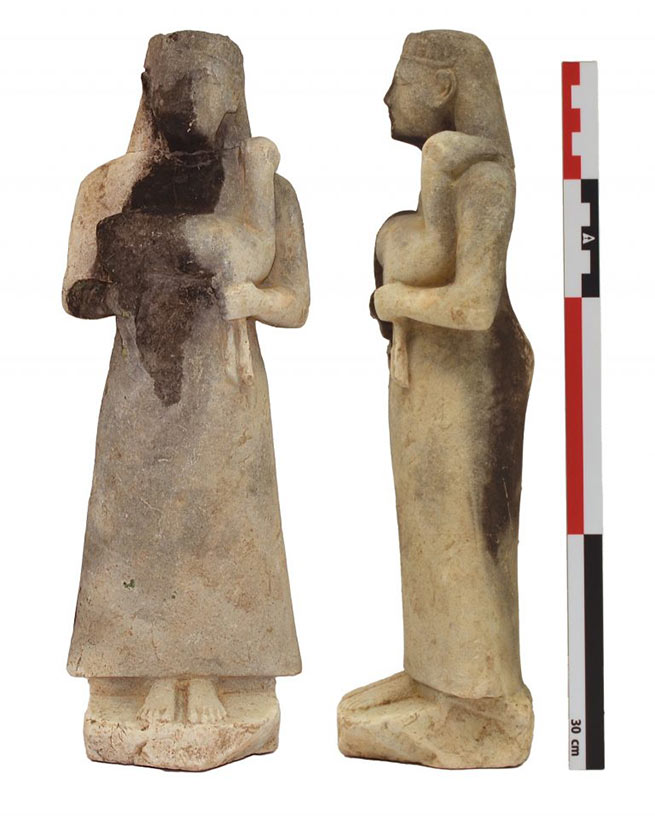 A stone figurine (height 31 cm), belonging to the archaic period, is a female figure holding an animal, probably a deer, in her arms (presumably the beginning of the 6th century BC) Reminiscent of statue of Isisfound in a temple located in Marathon, on the other side of the strait.

In later Late Archaic layers, two fragments of bronze statues were found: life-sized toes and a piece of clothing. 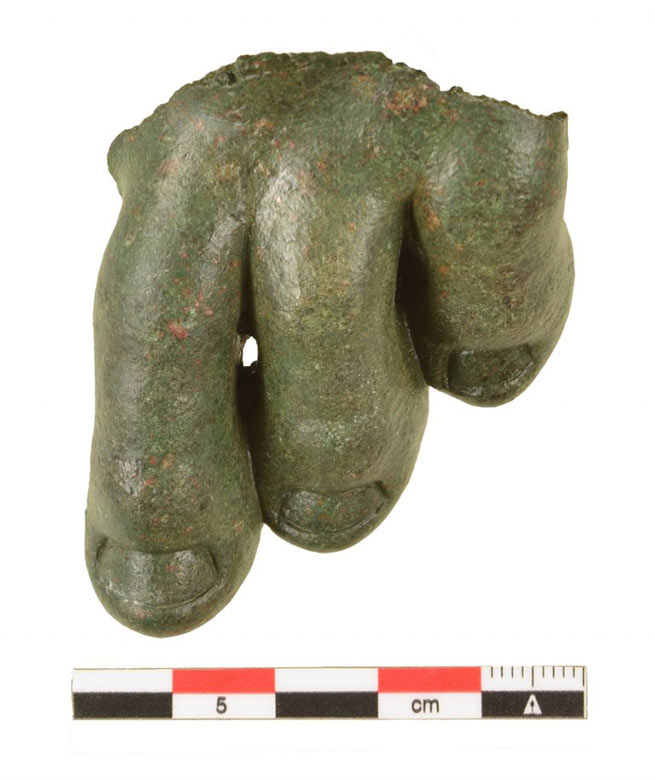 Three life size fingers from a bronze statue in the temple.

To the east of the temple, excavations continued in a monumental building from the 7th century BC, which in the Archaic period was used as the border of the temple, as well as the entrance to the sanctuary. Below this building, an extension of a solid wall, currently of unknown use, dating back to the 11th century BC, as well as the remains of buildings from the Geometric Age, was discovered. 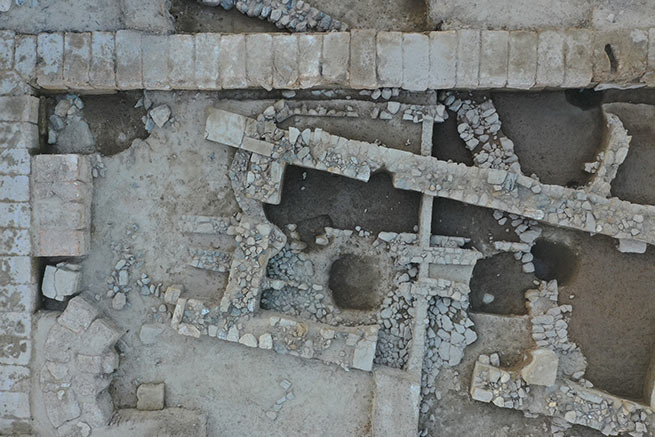 On four sections excavated in 2021 and 2022 in this area, an image appears of an important settlement of the Early Bronze Age, i.e. 3rd millennium BC, which had contacts with the Cyclades and other regions. Layers of the 2nd millennium BC and especially of the Mycenaean era, apparently survived only in fragments, due to erosion. The remains of the 3rd millennium are immediately covered in most places by Byzantine and post-Byzantine buildings. In the Middle Ages, a new settlement was established on the hill, contributing to the destruction of the ruins of the now abandoned sanctuary of Artemis next door.

Excavations of Artemis Amarisia at Amarynthos

An excavation program that began systematically in 2012 and completed in 2017 revealing one of the most important sanctuaries of Evia, is carried out by the Swiss Archaeological School in Greece in collaboration with the Ephorate of Antiquities of Evia.