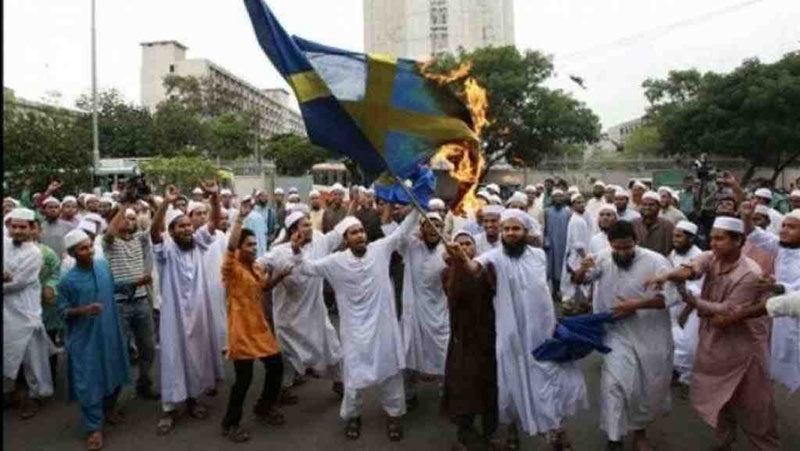 A shocking video has been released in Sweden showing an immigrant intimidating an elderly Swedish woman into giving him her seat on a tram car. Then he goes and sits down like… a king, taking two seats without anyone in the carriage daring to oppose him.

This is just one of many happening in Sweden, which is literally flooded with thousands of migrants. It is estimated that there are about 2,600,000 immigrants living in the country who have acquired or will acquire Swedish citizenship within five years.

Not surprisingly, in the last elections in Sweden, which for the past 80 years has been the domain of the left-wing Social Democrats, the right-wing parties won with the support of the nationalists. The elections were marked by the breakthrough of the anti-immigrant Sweden Democrats (SD) party, led by Jimmy Åkesson, which became the second party in this Scandinavian country, gaining 20.5% of the vote.

Sweden has the 5th highest number of rapes in the world, and crime has reached incredible proportions, especially when you realize that this is a very rich country with a great social structure.

Against the backdrop of serious problems created by the centre-left in Sweden, the right takes on the task of pulling the country out of the “quagmire”. In reality, the situation is no different from the situation in the rest of Europe and, of course, in Greece.

Recall that Greek viewers were stunned when they heard the answers of Algerians in the center of Athens about how they manage to live in Greece when they are illegal immigrants and should not even be in the country. They answered without fear that they steal “mobile phones and gold (obviously meant jewelry and gold ornaments), and sell them.

How many years have you lived in Greece? 3 years. What are you doing? I deal in mobile phones and gold… Where do you get them? The boys are stealing…